"I wanted to be a soldier," Uhuru reveals unknown childhood dream

President Uhuru Kenyatta is supposed to leave office at the end of his term next year. As such, the head of state has been facing questions about what he will do when he leaves office?

In a recent Q and A during the African Green Revolution Forum (AGRF) 2021, the president said he wants to be a farmer, when he retires.

"To be honest, when I was growing up I wanted to be in the army, but today if you ask me, I would say I want to be a farmer, because that’s what I am going to be when I retire,” he said.

Technically, Uhuru did join the army as the commander in chief when he became Kenya's fourth president. 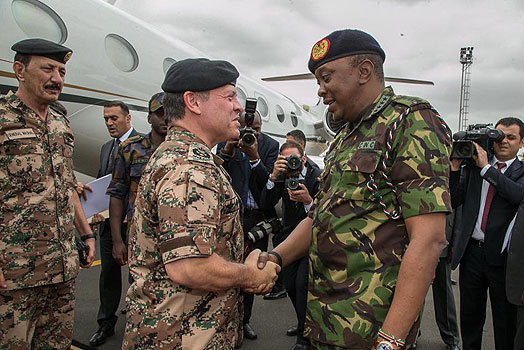 His answer about farming also makes sense. Let's not forget that the Kenyatta family are arguably Kenya's biggest landowners and have vast interests in all sectors of the economy, with farming being chief among them.

Another thing that people might not know is that Uhuru has already shown expertise in the agricultural industry.

After studying political science and economics at Amherst College in Massachusetts, he came back to Kenya and started a company called Wilham Kenya Limited.

Through this company, he sourced and exported horticultural produce.