• At a young age, Orie Rogo got married to a man named Ondieki. 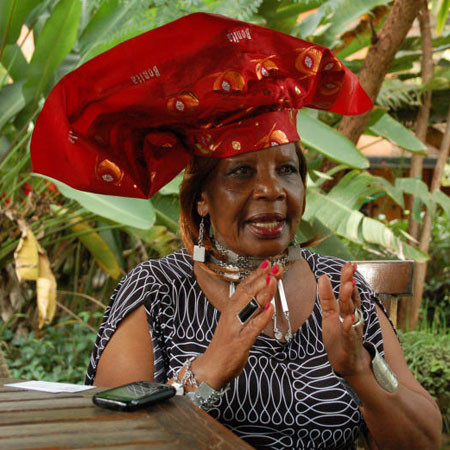 Orie Rogo Manduli has been confirmed dead, but will always be remembered for her toughness and passion for fashion.

At a young age, Orie Rogo got married to a man named Ondieki.

According to Manduli, the husband decided to divorce her because she did not give birth to a son.

“Well at this rate with one girl, two girls, three girls and you are a Caesarean case, I may never get a son. So could you kindly step aside so that I can get boys?” she said in a past interview.

The marriage ended in a bitter divorce and completely changed her perception on marriage. “I was still very young. I received no financial assistance from him [ex-husband] and had to toil day and night to take care of my family.”

Later, Orie Rogo got married to Norman Manduli — a Zambian man from one of the Royal families in the country.

In her second marriage, she got a son named Kats (Katesha), unfortunately, her Zambian husband passed away in 2003. She, later on, admitted that her marriage with him had been great,

"We didn't part ways. We had been together throughout. He was a wonderful husband and father."