• Raila drove into his home anonymously in a small car. 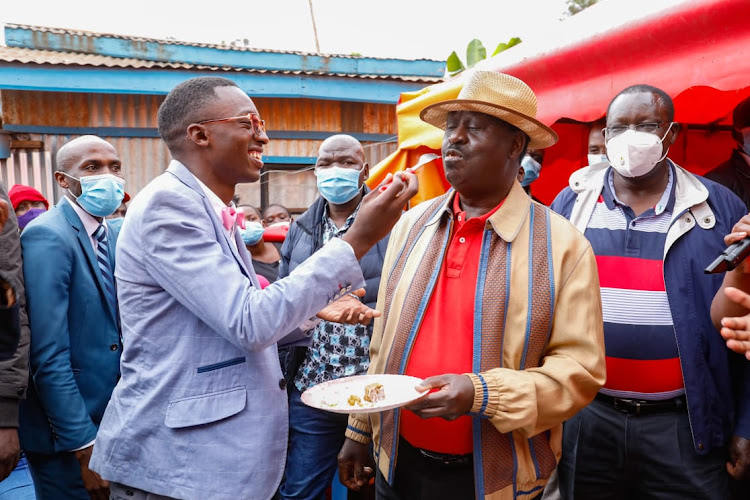 ODM leader Raila Odinga surprised a man from Kiambu by making an impromptu appearance at his birthday.

Gideon Gachuki invited the former Prime Minister to his 22nd birthday party through a text message.

He picked Raila's phone number from his social media page and requested him to grace the birthday celebrations.

To the surprise of  Gideon, Raila drove into his home anonymously in a small car. Gideon shared his birthday cake with Raila Odinga.

He was later joined by Kiambu Governor James Nyoro.

Raila Odinga's surprise visit to Kiambu attracted a handful of residents, who sang celebratory songs while ushering him into Gideon's humble home.

Gideon's mother asked Odinga to support the birthday boy since he has a big dream and has been leading in the COVID-19 vaccination exercises in the area.

"So my plea is that if you have something small, I request that you support us, if we have a few cows, we'll be able to deliver the milk and earn a living," she said.

"Happy Birthday my daughter Tanya Ngirici and many many more to come." - Wangui Ngirici.
Politics
2 weeks ago