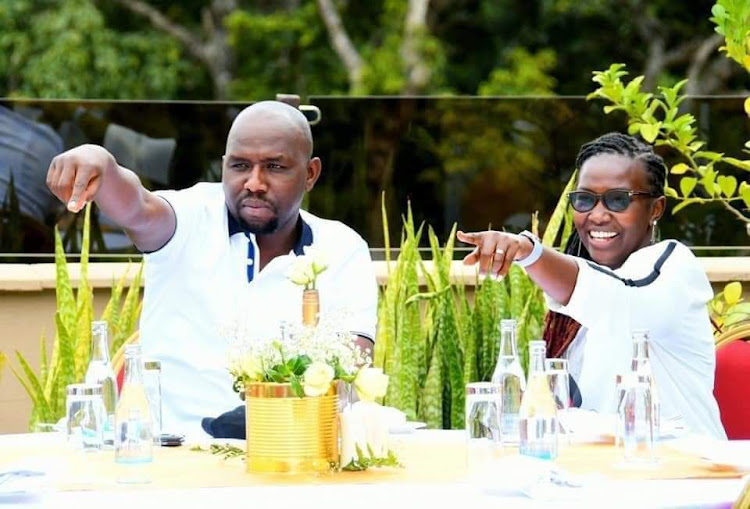 Elgeyo Marakwet Senator Kipchumba Murkomen has showered his wife, Gladys Wanjiru Murkomen, with love as they celebrate 21 years together.

In a past interview, Murkomen said that his wife was his classmate.

They were both Law students at the University of Nairobi and that is where their love blossomed.

Speaking during an interview with Jalango TV, Murkomen said Gladys alikam through so many times.

After leaving UoN, they both ended up in Pretoria, South Africa, where they successfully completed their Masters’s degrees.

They dated for almost 10 years before exchanging their vows and many years later they are still going strong.

The couple is a true definition that marriage works.

Today he celebrated her as she turned 40 years old..

I have known you for 21 years. More than half of your life. You are my bosom friend,my confidant and my soulmate. You turned 40 but to me your just 16. The fourth floor looks so good on you. The party has just began. The kids and I wish you a very Happy birthday darling. pic.twitter.com/9c45zVLwWf