• The Senator has taken to the studio to record the song.

•  He teased fans with a short beat of the song. 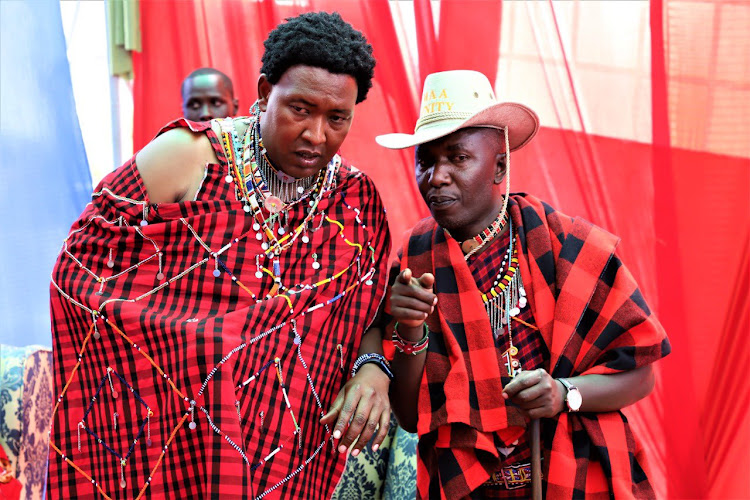 Ever heard of a Maasai hip hop song?

One banger is on the way, and the artiste is non other than Narok Senator Ledama Olekina.

The Senator has taken to the studio to record the song. He teased fans with a short beat of the song.

"And if you think we live in the land of plenty, then you should try to be me ...oh, just for a day juggling all sorts of careers..something in the pot!" the legislator said as he shared the teaser.

The song, he says, is meant to expose the widespread corruption in Kenya and advocate for the preservation of rich cultural values.

“I am working on a big project, a big project actually; one on some sort of spoken word, kind of hip-hop, jazz spoken word hip-hop focusing on the corruption I have witnessed in the country as a Senator. It’s about some of the things I have seen destroying this country,”Ledama Olekina said.

The Senator aims at releasing the song in a months time.

As a legislator, Ledama Olekina has not shied away from controversies in parliament.

He has been vocal in advocating for the legalisation of Bhang/Marijuana in Kenya.

Also, he has been showcasing the Maasai culture by appearing in Parliament dressed in a Shuka.

"It's up to you if you don't understand, your husband will look for another wife, saying he is rich."
Politics
2 months ago
For this and more lifestyle news, join our super exclusive Mpasho Telegram group for all the latest and breaking news in entertainment.