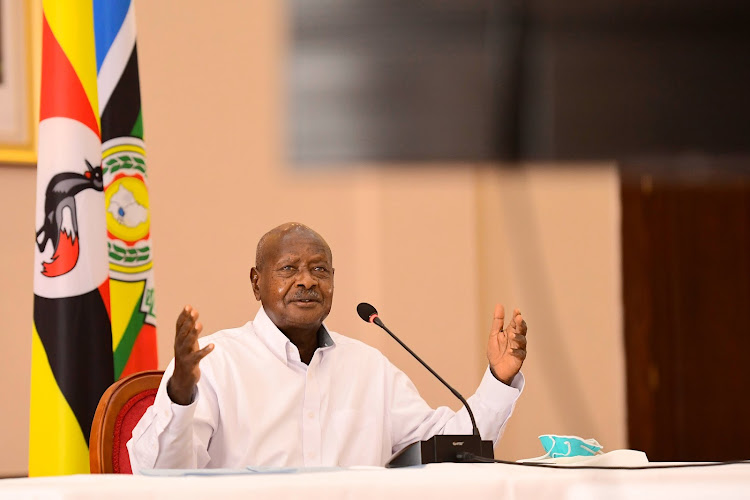 A man from Luweero district in Uganda has been arrested after announcing that President Museveni is dead.

The man is being held over offensive communication after sharing false information on Museveni's death.

On July 8, Museveni called on security officers in Uganda to crack the whip on citizens in Uganda and the diaspora who are spreading false information on his death.

"We need to crack down on the people that are misemploying social media, including the Ugandans abroad. Many are now using it to spread baseless and tasteless news with total abandon. I call upon security to look into this. It must be stopped, get these people," read a post on Museveni's Twitter page.

Weeks ago, reports on social media indicated that Museveni and his son Muhoozi Kainerugaba had been ailing from severe COVID-19 infection.

Similar reports are further detailed that both of them had died.

"This is the third time in my military career that enemies are claiming I'm dead."
Politics
3 weeks ago