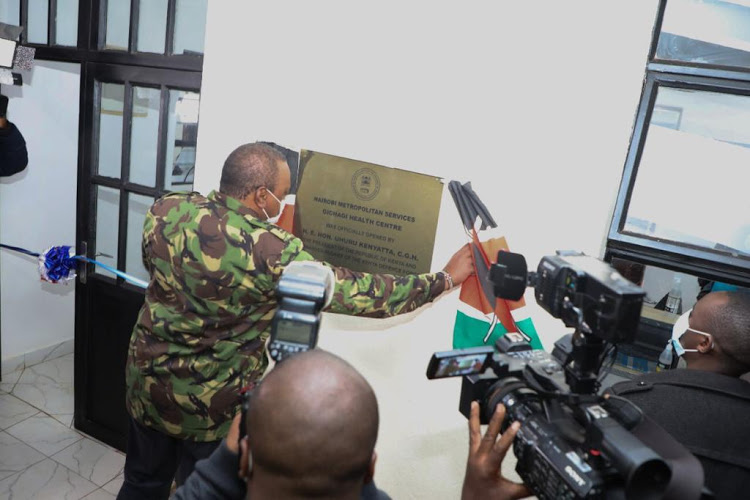 At the station in Mukuru kwa Reuben slums , Uhuru found a youthful Radio presenter live on air, he had a short conversations on air.

And while leaving the station, he had a small chit chat with the radio presenter, where he promised him an extensive interview.

"You should come we have a nice interview," he said.

The presenter asked Uhuru if they can exchanged contacts, Uhuru answered; "Nitapata,Tulia."

He continued with his live show as Uhuru left to embark on his inspections of projects at the informal settlement.

The Head of State spent part of his Tuesday night going around the city, launching projects.

Accompanied by NMS boss, the President commissioned 5 hospitals within the city that will provide services to citizens on a 24 hour basis.

Later, a relaxed Murathe could be seen smiling ear to ear as his family sang the traditional happy birthday song for him and his wife just before the ...
Politics
1 year ago