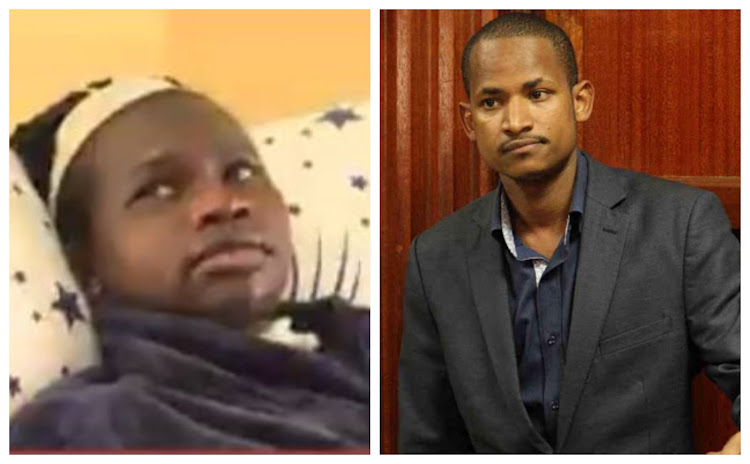 Embakasi East MP Babu Owino has made another attempt to settle his case with DJ Evolve out of court.

The MP was charged with attempting to kill evolve who he shot at a club in Kilimani.

DJ Evolve's family lawyer has told the court that they are in the last stages of the negotiations.

Senior Principal Magistrate Bernard Ochoi heard that the only thing holding them back was some documents that they have to present to the prosecution.

The prosecution confirmed that indeed talks have been ongoing between parties.

The court heard that the prosecution held two meetings between Babu and Evolve together with the lawyers.

"All we are waiting for is a document from the two parties which will enable us to hand to the DPP for directions" the prosecution said.

The prosecution asked for more time saying the prosecutor handling the matter Nyamosi was away on official duty and she is the one supposed to forward the letter to the DPP.

Ochoi ruled that the matter will be mentioned in three weeks to allow them more time to complete negotiations.

Babu's first attempt of an out of court settlement flopped after Ochoi declined to withdraw the matter without being informed what the MP was giving Evolve.

Ochoi said he would consider withdrawing if both parties disclosed the offer.

Who is dead? DJ Evolve speaks out after death rumours

In a video that has since gone viral, DJ Evolve who is bedridden is seen looking jovial and upbeat.
Entertainment
1 month ago