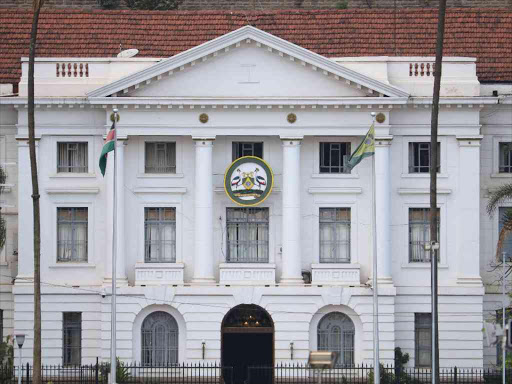 The Senate Committee for health was treated to a surprise on  Wednesday morning after the Nairobi County Executive for health appeared in a zoom meeting dressed in a bathrobe.

Seemingly unbothered, Hitan Majevdia logged on to the zoom session with his mouth full of food.

Other than appearing before the Senate under-dressed and suggesting that he was having a meal the County official was also unprepared.

His behaviour irked some senators, who said Hitan was taking the Senate Committee for a ride.

"It is very disrespectful for a whole County official to appear before Senate committee not properly dressed and yet he has no responses for us," said Wajir Senator Abdullahi Ali.

The CEC was lacking crucial documents required to answer the queries from the Committee.

"I don't have the responses with me as the County Secretary and the Deputy Governor have them," he said.

Many people have been caught off guard during zoom meetings, but in the case of Hitan Majevdia, he just decided to wear the bathrobe to the meeting.

He is not your usual County Executive who will appear on zoom meetings with a suit, tie and background of bookshelves.

The fitness coach  won an endorsement with a popular betting company, and displayed his Ugali eating techniques on their advertisement.
Entertainment
4 days ago