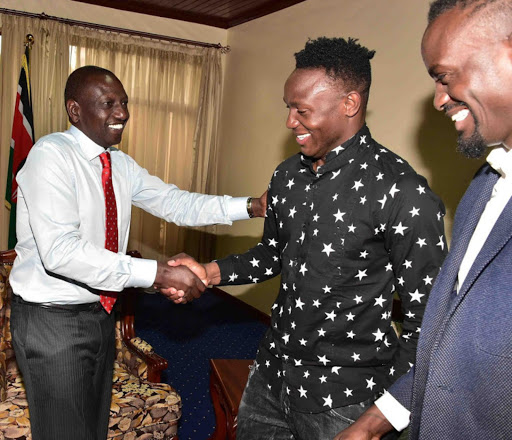 This comes after the two helped their teams produce stunning comebacks in their UEFA Champions League semi-finals to book a place in the final at the Estadio Metropolitano, Madrid on June 1.

"Congratulations to  and Divock Origi for playing starring roles for  and  respectively in a successful campaign. ," Ruto tweeted on Thursday morning.

The DP said the two displayed fierce competitiveness, devastating finishing to complete an epic turnaround and crown victory and wished them the best in the final.

Origi, who also plays for the Belgium national team, is the son of former Kenyan professional footballer Mike Origi.

He produced his best performance in a Liverpool shirt on Tuesday as he scored a brace to help Liverpool thrash favourites Barcelona at Anfield to book the Reds' appearance in their second successive Champions League final.

Wanyama started in the Spurs' lineup on Wednesday as Spurs made a spirited fightback to defeat Ajax 3-2 in Amsterdam to take the North London side to their very first Champions League final in their history.

Wanyama becomes the second Kenyan player to feature in the final of the European football showpiece after his brother McDonald Mariga.

Mariga was in the Inter Milan squad that lifted the Champions League title in 2010 coached by Jose Mourinho.