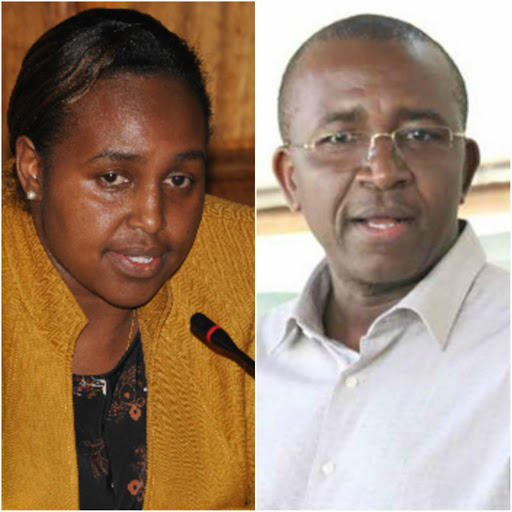 The divorce case of Meru Senator Mithinka Linturi and his estranged wife Marianne Kitany will be heard in Nairobi, not Meru.

Kitany says she had received death threats and her life would be in danger if the case were heard in Meru.

Justice Abida Aroni yesterday dismissed an application by Linturi who had asked that the file not be transferredfrom the chief magistrate's court in Meru to the Milimani Family Division courts.

Judge Aroni dismissed the Senator's argument that she did not have the jurisdiction to transfer the file to Nairobi.

The judge ruled the High Court has the authority to transfer a court file from one magistrate’s court to another.

The matter will be mentioned on March 28 for further directions.

Kitany had urged the court to transfer the case to Nairobi, saying she would feel unsafe if the case proceeded from hearing to determination in Meru.  She said her life would be in grave danger, especially when her presence is required in court.

“The applicant is apprehensive that the respondent’s voters might harm her should she travel to Meru,” Aroni said.

Through lawyer Danstan Omar, Kitany alleged that after she filed for divorce and upon service to the Senator, she received deaths threats, which she has reported at the DCI.

“The respondents and I both reside in Nairobi and therefore the Milimani chief magistrate's court has jurisdiction to hear and determine the said divorce petition,” the court heard.

The divorce case has turned ugly as the couple's children from previous relationships are also fighting for property.

She says the Senator lost all family values and transferred his love and affection from her to other women.

Linturi denies the claims that they were a couple at one time, claiming that she was only a visitor in his home.

He has asked the court to dismiss the allegation by Kitany, saying they have never celebrated a customary marriage or any other form of marriage as alleged.