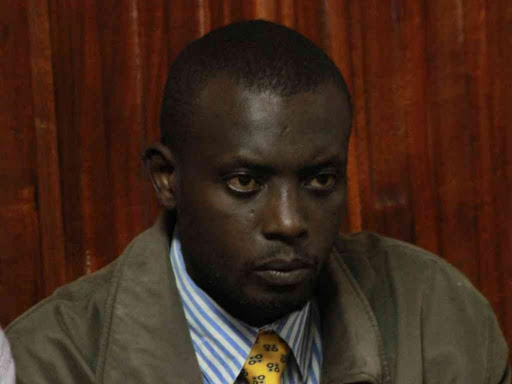 A witness on Thursday described the grandson of the late former Defence minister Njenga Karume, charged with the murder of his girlfriend, as a drunken man.

The accused, Kenneth Wathungi Karume, denied murdering Victoria Wairimu Kulungia alias Mumbi on March 25, 2016 and was released on a Sh1 million bail. He is accused of pushing Wairimu from the fourth floor of Gracia Apartment in Kiambu county, resulting in her death.

Victor Ushindi Nyakio, the deceased’s younger brother, told justice Christine Meoli of Kiambu High Court that both the accused and his sister Wairimu were “drunken people” who smoked bhang.

The case will be heard on October 9.

Njenga Karume was born in 1929 and died in 2012. He was a businessman and politician. Karume joined politics in 1974 as a nominated MP and in the three subsequent elections held in 1979, 1983 and 1988. Karume vied for and won the Kiambaa constituency seat. Between 1979 and 1988 he served as an assistant minister.