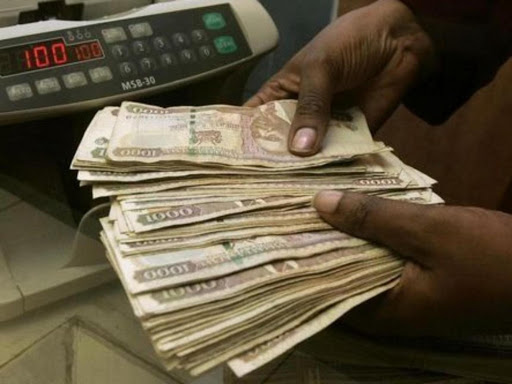 They drive new luxury cars, wear designer suits costing several thousand dollars and live in palatial homes in high-end neighbourhoods. They ooze money and influence. They're well-connected in the corridors of power and have the composure and audacity to mimic President Uhuru Kenyatta's voice as they con gullible greedy people of millions of shillings.

Seven people arrested by the DCI over the weekend have been running an elaborate tender scam in which several unsuspecting Kenyans lost buckets of money. They were not charged but detained for another two weeks so the DCI can conclude investigations.

The group has links to State House, Harambee House and other powerful offices which they use to execute their swindles.

The scammers lure rich business people with the promises of restricted tenders mainly involving the supply of goods.

To win the trust of potential bidders, the fraudsters — in collusion with government officials and police officers — forge documents on letterhead and invite their targets to government offices to sign fake documents.

DCI sources said Naushad Merali, head of the Sameer Group, was yet to record a statement as he was out of the country but his PA, identified only as Mr. Gitonga, had recorded statements on the issue.

Merali would record statements as soon as he jets back this week, police said.

"No comment on that issue," she told the Star on the phone.

One of the suspects is a 33-year old IT graduate, Gilbert Kirunja, accused by police of faking President Kenyatta's voice and recently conning magnate Merali out Sh80 million. He lives a life of opulence in Karen, Nairobi.

Kirunja, shocked DCI investigators with his fast-lane living, despite being young and unemployed.

His assets include a 10-bedroom mansion, one of the last things the investigators would have imagined when they raided his home.

The large, ornate metal gates leading to the home made it clear this was no ordinary conman suspect.

Kirunja’s house is sandwiched between other upscale homes. A 60-inch colour television welcomes visitors entering his lounge. The seats are buttery-soft leather. Many of his age mates could only fantasise about this kind of life.

Police said Kirunja is the mastermind of a seven-man gang that conned the Merali.

The IT guru is said to be so skilled that he has perfected mimicking the President’s voice.

And when he picked up his mobile to call Merali on January 14 about a tender, the tycoon had no reason to doubt he caller was not the head of state.

Merali and the 'President' exchanged pleasantries on the phone, then got down to business.

The ‘President informed Merali of a state tender he wanted the well-known businessman to enjoy. But there was a catch. The 'head of state' asked Merali for a small favour before he could embark on the lucrative contract — Sh10 million in advance for facilitation. That presumably was a trifle compared to the tender itself.

Yesterday, police did not reveal the nature of the contract the 'President' offered the Sameer Group chief.

The deal was so good that when the 'President' asked Merali to send an initial Sh10 million to sort out some logistical issues, Merali saw nothing suspicious.

Police said the President agreed to send some of his men from State House to pick up the money from the businessman's office.

They were in a convoy of three vehicles and security guards, complete with police outriders. Police investigators say the fake State House staff were being escorted by rogue police officers from Kilimani police station.

They were handed Sh10 million in cash and drove off.

Yesterday, Director of Public Prosecutions Noordin Haji, through lawyer Edwin Okello, told the court that due to the complexity of the investigations and the number of suspects, including some who are still at large, the investigations will involve voluminous documents including bank documents and call data records.

Okello told Magistrate Peter Ooko that 10 days is a reasonable estimate for the investigations.

“There is a likelihood of the suspects continuing with their criminal activities if released and they may also interfere with potential witnesses and documentary evidence yet to be obtained,” he said.

It is alleged the fraudsters, using mobile number 0722208842, called the chairman of Sameer Africa (Naushad Merali) facilitate the release of the money while mimicking the voice of the President calling from State House, Nairobi.

Chairman Merali was abroad when he received the call from the fraudster and therefore gave a go-ahead to the finance director to process payment, believing he spoke to the head of state.

Akif was then given an account number, held at Equity bank, in which he deposited the money.

“The complainant was being contacted by the fraudsters using several telephone numbers purportedly from President Uhuru Kenyatta. He later realised that he was dealing with fraudsters after he had already lost his Sh10 million, read part of the affidavit.

The seven seemed calm during the whole court session. Some flashed smiles at the cameras while others shied away as their pictures were snapped. They were clad in jeans and hoodies while others wore casual shirts.

The defence opposed to the application by the state to have them detained for ten days. But before they could argue, the Magistrate after realising it was past working hours requested that the case is adjourned to today.

“I’ve just realised it is past 5 pm, so let us proceed tomorrow. I do not want to be asked what my interest was in having this case proceed past the normal working hours,” Ooko said.

That seven were arrested by police officers on the 22nd and 23rd of February 2019.

During the operation, four motor vehicles were seized among them a Toyota Land Cruiser, Toyota Mark X, Toyota Axio and Toyota Crown and the same requires the investigators to establish whether they are connected to the fraud.

“The nature of investigations, in this case, is complex since it requires communication data from several service providers which ordinary requires time, the investigations require time to establish the details of the bank account which was used to defraud 10 million shillings and the signatories to the account, “reads the affidavit.