Famous Kenyan Presenter Mike Mondo Was Once A Professional Nurse 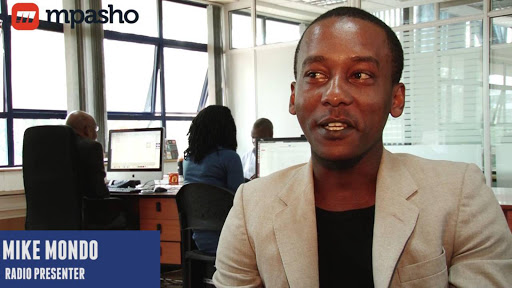 You've probably listened to 's warm voice on radio but you've never known his back story.  Not many people are comfortable opening up about their journey for the fear of being bad mouthed.

Well, that’s not the case with presenter , the dude who keeps ladies glued to his show . He’s down-to-earth, nerdy and a go-getter. Not many know his true life story because he’s a bit laid back. Did you know that he once worked as a nurse? Yup, the hustle is real!

Mike currently works at XFM, the number one rock music station in Nairobi. He has grown a large, loyal fan base that has seen his life change really fast. Apart from that, he’s a frequent Voice Over artist working with various agencies. He’s also a businessman. Together with a tech company based in this town, he provides solutions to various businesses. That’s where the nerd factor comes in.

The celebrated presenter plans to start a farming business in the near future. He has bought land in Lukenya in preparation for his retirement. As if radio is not enough, he also has a TV stint in mind.

Over the years, he has developed thick skin to ward off negative criticism that’s meant to bring him down. That’s the kind of stuff you’ll find in media. Be braced. Just like Mike, you can make it too! Follow your heart, be true to your inner voice.