A pastor has locked lips with a young woman in front of his congregation in a bizarre attempt to cleanse her spirit.

In video footage of the incident, a minister of an unspecified church in Zimbabwe kisses a woman in a pink dress to ‘rid her body of demons’ during a sermon, according to local media.

He can be seen with his hands holding the lady’s face, kissing her for an uncomfortably long time in front of church members. 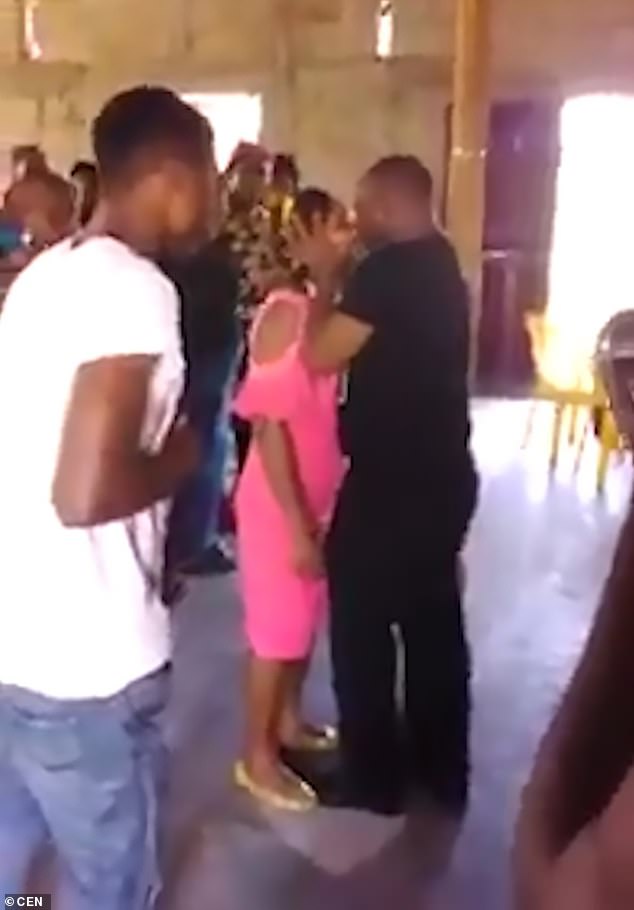 Meanwhile, the woman is left to sway and gestures at her stomach – seemingly dazed by the ‘possession’.

He then waves his hands around, yelling out commands before going back in for a second kiss.

The odd ritual lasts longer and this time the members of the congregation can be seen moving in closer to watch the two kiss.

Meanwhile, the two women in the front row hold their hands to their heads, seemingly concerned for the young lady in front of them.

The camera then pans toward a woman in a green cardigan standing behind a short distance behind the pastor. 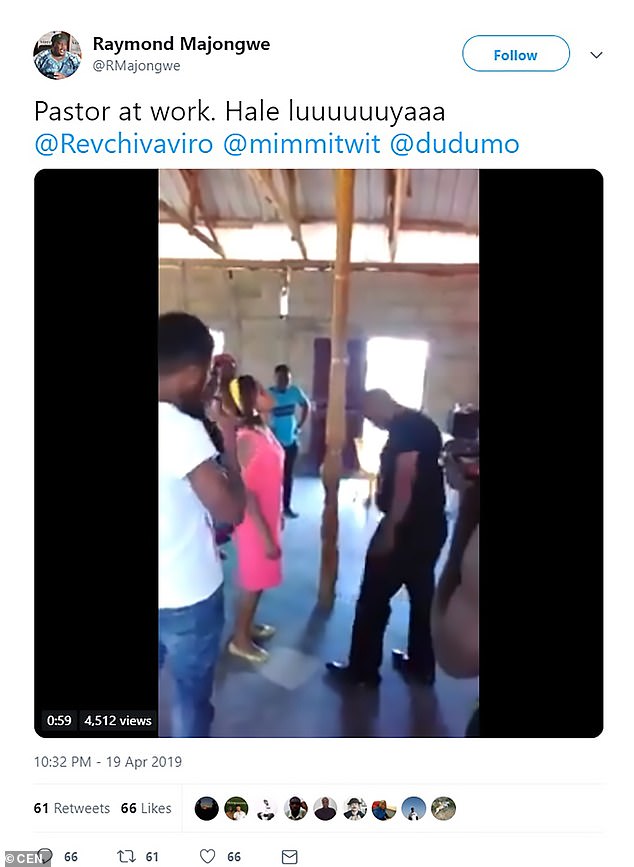 She can be seen touching her breasts while watching the scene in front of her.

The video uploaded by Raymond Majongwe who captioned the video: ‘Pastor at work. Hale luuuuuyaa’.

It also sparked outrage on social media calling out the pastor for his actions, one wrote: ‘rubbish…arrest this pervert.’

Another asked: ‘I wonder if he does the same to his male congregates?’

Match made in heaven! Luwi’s twin bro Samm and wife Aysha reveal they met on Instagram

‘The things your sister is doing are demonic,’ Size 8’s brother remembers her days in secular industry

She is back! Rose Muhando to drop album in June

‘He had cardiac arrest’ Grace Msalame and family pay tribute to...

‘She has a date with her dad,’ Betty Kyallo finally patches...

From prison with slayage, actress serves fashion and beauty goals

Diamond Platnumz’ dad begs for help as he hawks shoes in...