A Brazilian plastic surgeon known as ‘Dr BumBum’ has been charged with murder following the death of one of his patients.

The celebrity surgeon, whose real name is Dr. Denis Furtado, initially went on the run following the death of his patient Lilian Calixto, 46, last month.

Prosecutors claim he used too much acrylic filler during the procedure, and had chosen a chemical which Brazilian Plastic Surgery Society has warned against using. 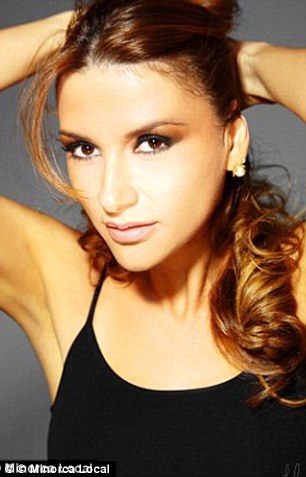 The charge sheet states that Dr Furtado ‘had attracted women with the false promise of quick and immediate beauty’, BBC reports.

It also emerged that he was not licensed to practice medicine in the state of Rio de Janeiro.

Dr Furtado was arrested a few days after Mrs Calixto’s death, along with his mother, maid and girlfriend.

The three women had reportedly been assisting Dr Furtado during the surgery which took place in his own home in Rio de Janeiro.

Dr Furtado and his mother Maria Barros were pictured in handcuffs as they were led away for questioning.

Bank manager Ms Calixto had travelled to Rio de Janeiro from Cuiaba, central Brazil, specifically to be operated on by the ‘surgeon to the stars’.

The married mother-of-two reportedly arrived at Furtado’s apartment in the upmarket Barra da Tijuca district of Rio on Saturday July 14.

It is believed she had booked to have PMMA acrylic fillers injected to increase the size of her buttocks, as well as a hormone implant to treat symptoms of the menopause.

Soon after receiving the injections at 10pm, she reportedly fell ill and started gasping for air, and her condition quickly deteriorated.

Furtado and his mother reportedly took her to the local Barra D’Or hospital, where she was admitted at 11pm in an ‘extremely severe condition, unresponsive to manoeuvres’.

Despite the efforts of hospital staff, she died at 1am the next morning.

On his Instagram page, Furtado has posted dozens of ‘before and after’ photos of bottoms of women on whom he has performed butt lift surgery.

He kisses Flavia and calls her his ‘most grateful patient’ after she says: ‘I’m here with Dr Bumbum. I’ll be this Wednesday on the Superpop channel, realising my dream’.

Why I chose Brown Mauzo as my husband – Vera Sidika

I wanna be your wife – Harmonize’s girlfriend proposes

Here’s how you handle side chicks, Shaffie Weru advices Samidoh

Hamisa Mobetto and Harmonize girlfriend, Frida Kajala unblock each other on Instagram

‘Go down on your knees,’ Isabella Kituri advices widowed women

Bubbling under! Kenyan stars in the making musicians set to...