The woman,her daughter and baby daddy are still missing.

• It is not clear whether the woman is alive or not as the suspects whereabouts are also unknown. 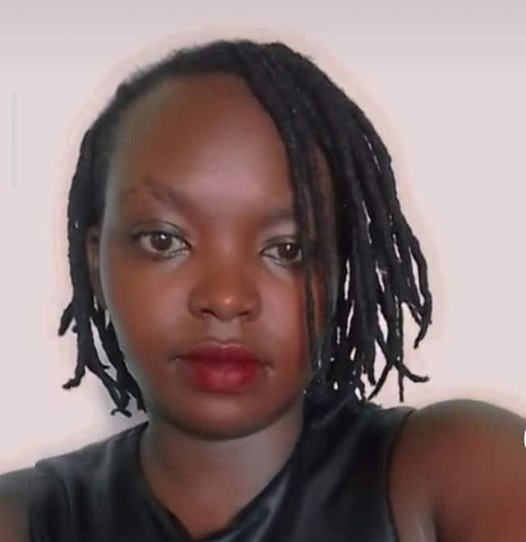 Ezzy Langat. The woman went missing alongside her daughter after they went to visit her baby daddy.

Ms Dorine Langat's family has been left in agony after the middle aged woman and her daughter went missing under unclear circumstances.

Ezzy's family hails from Nandi, while her baby daddy is a taxi operator in Kisii.

The family got worried after they tried reaching her to no avail. Speaking to Daily Nation, Ezzy's only sister shared

“When we could not reach her, we called Eric’s mother and she confirmed to us that they had spent the night at her place.

She then told us that the son (Eric) had accompanied them to Kisii town the following morning to board a vehicle back to Oyugis, but since then, we have not heard about them,” Ms Langat told the Nation on phone.

The family was further alarmed when Ezzy’s social media accounts were deleted, prompting them to make a report at Oyugis Police Station.

Ms Langat said that at first, police traced Eric’s phone number to Kisii’s Nubia area near Nyanchwa estate, but the phone has since been switched off.

“We do not know what we can do and we pray to God that we find them. We make an appeal to anyone who might have seen them to kindly report to any police station,” Ms Langat added.

2 decomposing bodies of unknown male persons were found in Ng'ong River. The bodies were discovered along the Mukuru slums on Wednesday.
News
1 week ago

Ugandan national Kakala Abasa, 35, was among other construction workers who were busy at a site along Muratina Road when he fell unnoticed from the ...
News
2 weeks ago
WATCH: For the latest videos on entertainment stories