• He sent a memo to the two services asking the commanders there to allow him to recruit the team.

• They must be below 40 years and must have above average marksmanship skills, Amin said. 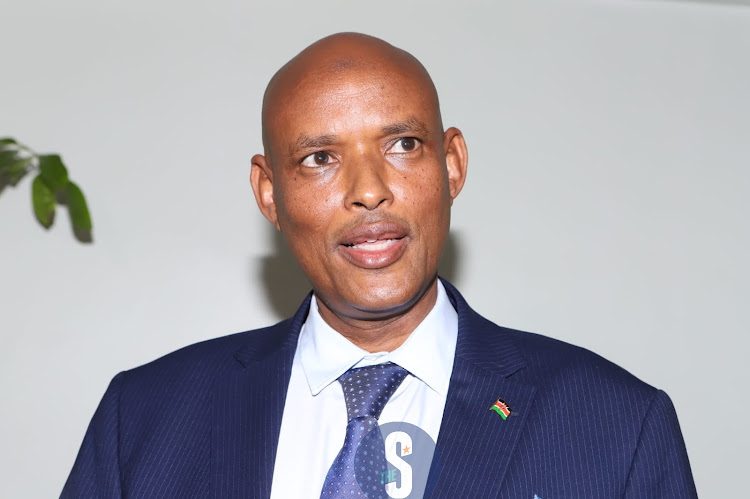 Director of Criminal Investigations (DCI) boss Mohamed Amin is out to recruit a new squad weeks after the Special Service Unit was disbanded.

He will give it a new name and mandate so as it does not fall into the same fate as the past ones, which were accused of extrajudicial killings.

He sent a memo to the two services asking the commanders there to allow him to recruit the team.

Those who will fit in the new team must have served for a minimum of five years, have no disciplinary record for the last three years and must have passed the whole police law examination.

They must be below 40 years and must have above average marksmanship skills, Amin said.

“We request the list of the shortlisted candidates for our further attention. Interviews will be scheduled on short notice at the respective Unit headquarters,” he said in a memo dated November 17.

They will be taken for a training session at the Magadi GSU camp and be retrained before being deployed for their mission, officials said.The move is informed by reports some forms of crime are on the rise in the past months amid efforts to address them.

Such a squad is most of the time relied on to respond to any murder incident involving violent criminals on the run or unsolved issues and even terrorism.

The personnel from the team are usually picked from stations’ general duty personnel, APS, GSU, DCI and GSU.They are taken to be elite because of the nature of their work. They handle fraud, drug related cases, terror related incidents where they are called as back up team and other forms of crime.

With their special training, SSU and other teams silenced terror gangs by either killing them or forcing them into exile.

Police officers attached to crack units stand out in comparison to colleagues from the regular duty. They dress in plain clothes and ride in unmarked cars, which are at times fitted with foreign registration number plates.

And while police officers in regular duty are required to maintain a clean shave, those in the crack units often sport baggy trousers, trendy T-shirts, dreadlocked hair and long beards just in case they have to go undercover.

In most cases, the unit officers do not appear in court to give evidence since most of their missions are like those of hit squads.In a majority of the cases, they are not sent to make arrests because their missions involve the exchange of fire that often ends in the deaths of suspects.

SSU officers were also mainly used to carry out special duties such raids. The was a revamped team from an earlier one that was referred to as Special Crimes Prevention Unit, which was reorganized in 2019 by former DCI George Kinoti.

Most officers now in the disbanded unit had served in SCPU and the defunct Flying Squad for years.They were mainly involved in quelling Mungiki menace from 2007 until 2019 under Kwekwe Squad when they were reorganized.

In this period, up to 300 people believed to have been members of the banned group disappeared or died mysteriously in shootings or were found dead on roads and thickets.

“These are crack units are relied on to deal with some of the complicated issues that are a thorn on governments,” said one of the officers.

And the move to disband SSU did not come as a surprise to many. They anticipated it after the new government took over.

The team was involved in among others, solving the macabre murder of Catholic priest Fr Michael Kyengo in Embu in 2020 in a ritual that was meant to enable the killers be promoted or recognised in a cult.

The death of Ferdinand Ongeri, who was the Kenya National Union of Nurses Kisumu branch deputy secretary general the same year was also linked to cultism.

Ongeri’s body was found in a forest in Nandi long after he had been reported missing.

In 2012, the team backed up others in seizing six suicide bomber vests, 12 grenades and four AK-47s with more than a dozen loaded magazines from a house in Eastleigh that were meant to be used in a terror attack in Nairobi.

Five senior officers of the rank of Chief Inspector and Inspector of Police and who commanded the team were transferred.
News
2 weeks ago

A man suspected to have killed his girlfriend in Lang'ata after a short agreement has been detained for 14 days pending investigations.
Crime
2 weeks ago