• In the letter, Omari said the pastor made the statements to discredit her good character.

• He claims that on November 9, Jumwa came across a video clip making rounds on social media. 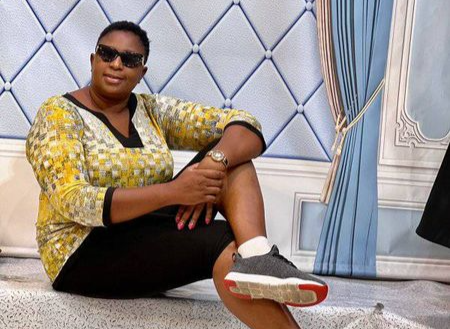 Aisha Jumwa. She has demanded for an apology from a pastor who called her a witch.

A pastor who claimed that Public Service Cabinet Secretary Aisha Jumwa is a witch (mrogi) in a viral video has been given two days to retract or he will be sued for defamation.

Through Lawyer Danstan Omari, Jumwa has written a demand letter to the pastor demanding a written apology for his remarks.

In the letter, Omari said the pastor made the statements to discredit her good character.

He claims that on November 9, Jumwa came across a video clip making rounds on social media.

“Right now the head of Public Service in mrogi na alikua interviewed by professionals in this country na wakapitisha mrogi Aisha Jumwa. There is evidence out there,” the pastor allegedly said.

Omari said the words are harsh to his client and speak about the pastor’s uncouth behaviour and portray him as a man who does not respect women.

“In the clip you made various spurious averments touching on our client’s character and the said utterances are made to discredit her good reputation.  It can only be construed as reeking of malice since the same was not followed by any evidence as claimed in your speech,” the letter reads

He said the CS stands to suffer irreparable loss and damage to her personal and professional reputation.

“She is a mother of two children who are looking up to her and defaming her reputation before her children is unfair and uncalled for,” the letter reads.

Omari said their instructions are to demand that he retracts the words that he uttered in the video clip and apologise in writing within two days.

Failure to which they have instructions to move to court and file a defamation case against the pastor.

“For the avoidance of any doubt, our client reserves the right to refuse any retraction or apology should such retraction and apology be demanded unsatisfactory and contrary to the requirements stated above,” the letter said.

Omari said Jumwa holds a very sensitive position in the government, especially when it comes to issues of gender equality and women empowerment.

Aisha Jumwa is the CS nominee for Public Service, Gender and Affirmative action
Politics
3 months ago
WATCH: For the latest videos on entertainment stories