CS nominee Mithika Linturi reveals his worth is Sh1.2 billion

He had appeared before the National Assembly Committee on appointments for vetting.

• He is the immediate former Senator of Meru County.

• Linturi was the first to appear before the committee on the fourth day of vetting. 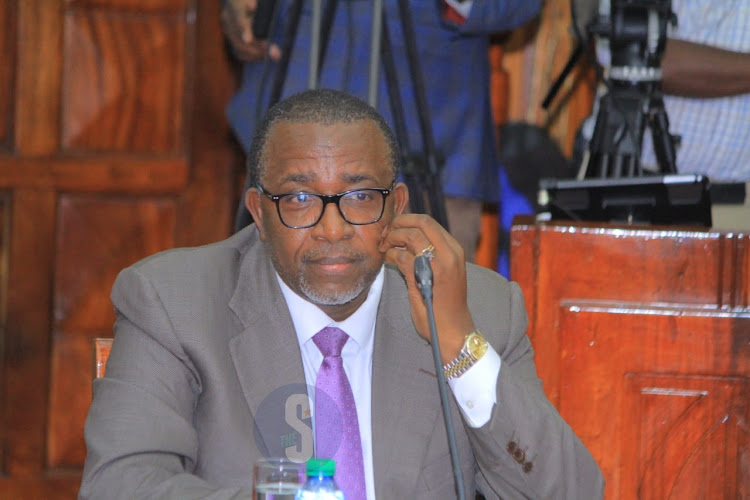 Cabinet secretary nominee for Agriculture and Livestock Development Mithika Linturi has disclosed that he is worth Sh1.2 billion.

Speaking on Friday, Linturi said his wealth is distributed in the form of developed properties, vehicles and shares in saccos.

"Mr Chairman my financial net worth which includes my investments in various companies in this country and other investments in saccos are to the tune of Sh1.2 billion," he said.

"My current income is money I get out of rental income. Business, I'm a dairy farmer, and the amount I'm expecting to get in the near future is beyond Sh1 billion."

He explained that the expected amount is in the form of court awards that have been taxed and not paid and one that he is following with EACC for wrongful prosecution.

Linturi also said the government owes him for failure to pay for work done.

"That is what constitutes to Sh1 billion."

He had appeared before the National Assembly Committee on appointments for vetting.

Linturi was the first to appear before the committee on the fourth day of vetting.

He is the immediate former Senator of Meru County. In the August 9 general elections, he vied for Meru governor but lost to Kawira Mwangaza.

Musalia Mudavadi, the ANC party leader and Prime Cabinet Secretary Nominee, has revealed his net worth as he faces the Committee on Appointments for ...
News
3 months ago

Justin Muturi has made his wealth from farming and legal consultancy,
News
3 months ago

Former Machakos Governor Alfred Mutua has revealed he is worth Sh42o million.
News
3 months ago