• She is demanding a further Sh600,000 school fees per year at an international school which amounts to Sh 4.4 million. 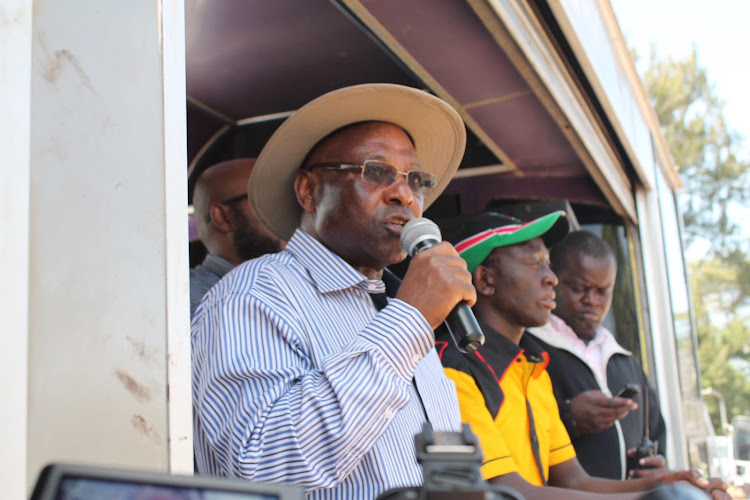 Jimna Mbaru. He has been sued for 4.4 million child support.
Image: Facebook

The couple has a four-year-old son.

The woman is demanding Sh4.4 million for upkeep.

The four-year-old is currently attending an international school in Kajiado where she says the school fees of Sh600,000 per year.

She wants the Sh320,000 monthly upkeep which she has broken down as follows:

The 24-year-old mother says she met the businessman in 2017 and he impregnated her.

She wants the court to order Mbaru to pay her Sh320,000 monthly upkeep and a further Sh600,000 school fees per year at an international school which amounts to Sh 4.4 million.

Mbaru has been sued together with an advocate practicing in Nairobi, with whom Mbaru had allegedly entered into a power attorney to take care of his parental responsibility.

According to court records, the mother wants the court to bar the advocate from holding himself out as a putative father.

“Mbaru gave a power of attorney to Erick Kaburu to act as a punitive father to the minor as if the minor is a property of chattel, a concept that is not known to the Constitution of Kenya or the Children’s Act,” reads the court documents.

She claims that Mbaru has neglected his parental responsibility for the child and instead donated his responsibility to Kaburu through a power of attorney, therefore, treating the child as a property of chattel goods.

Through Lawyer Suyianka Lempaa, the mother says Mbaru has also refused to have his name indicated on the birth certificate thereby denying him the benefit of a biological father.

The child support has increased from 25,000 to 35,000 dollars because his earnings have increased.
Entertainment
3 months ago

Salasya disclosed since he was elected MP, his DMs have been bursting with messages and sultry photos from women.
Entertainment
3 months ago
WATCH: For the latest videos on entertainment stories