Kenyans were seen stealing bales of flour and ferrying them on bodabodas.

• The cause of the accident is not yet clear.

• This is not the first time Kenyans are helping themselves to commodities during an accident. 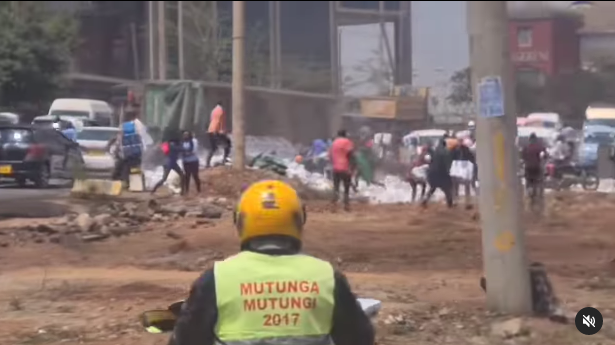 Kenyans along Mombasa road treated themselves to bales of flour after a lorry ferrying the same overturned.

In a video seen by Mpasho.Co.ke, some people were seen running away with as much flour as they could.

Some were using their bodabodas to ferry the Ugga while some used their shoulders and others their backs.

The Presidential Officer visited by DP Gachagua was involved in a road accident.
News
1 week ago

Kelvin Kinuthia says he was unhurt from the car collision involving another vehicle
Entertainment
1 week ago
WATCH: For the latest videos on entertainment stories