doesn’t seem to think human rights have any merit.

Miguna who had previously been deported came back to Kenya from Canada after Raila and Uhuru decided to work together but though the two decided to put a hold on any political hostilities between them, I guess the pact didn’t cover any opposition politician other than Raila.

Miguna Miguna landed back at JKIA (Jomo Kenyatta International Airport) only to be met by the full wrath of the Jubilee regime -which saw him get manhandled and forcefully put on an Emirates plane and once more get deported.

Jeff Koinange and Willis Raburu decided to have some fun with that and this was the result: 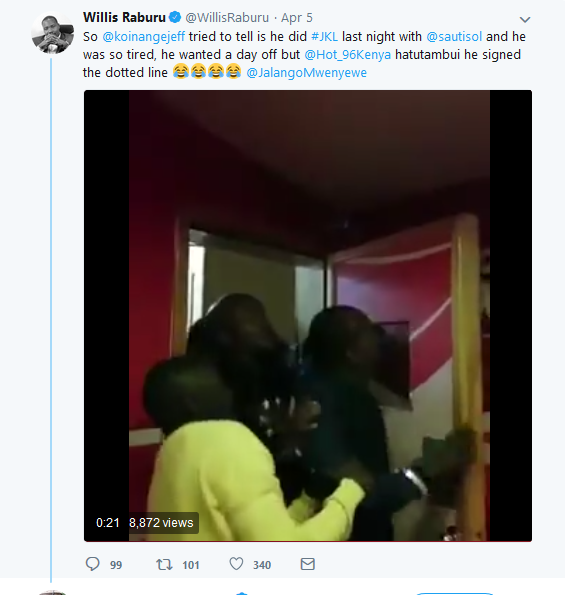 And trust Miguna wouldnae be silent about the entire issue: 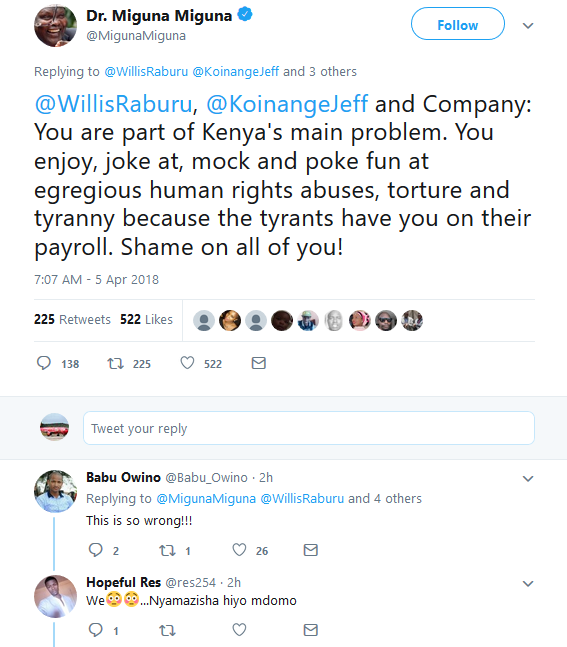 “@WillisRaburu, @KoinangeJeff and Company: You are part of Kenya’s main problem. You enjoy, joke at, mock and poke fun at egregious human rights abuses, torture and tyranny because the tyrants have you on their payroll. Shame on all of you!” Miguna tweeted.

Joy of a father! Jose Chameleone excited as son breaks record in the USA

‘My dad’s side chic cursed me,’ Solomon Mkubwa

How Singer Vanessa Mdee Looks Without Make Up (Video)

Dead man talking! Kenei’s postmortem to reveal how he died