• The ban was lifted by owner Elon Musk. 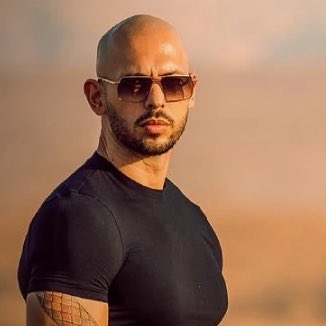 Andrew Tate is back on Twitter, years after being blocked from the platform. Back in 2017, he was kicked off Twitter when criticizing the #MeToo movement after he said that rape victims "bear some responsibility" for putting themselves in a position to be assaulted.

Meta booted him from its platforms for violating community guidelines under the "dangerous individuals and organizations" clause.

A YouTube spokesperson said Tate was barred from the platform after "multiple violations" of community guidelines.

He celebrated his comeback with a post that read, “Mastery is a funny thing. It’s almost as if, on a long enough time scale, losing simply isn’t an option.”

Mastery is a funny thing.

It’s almost as if, on a long enough time scale, losing simply isn’t an option.

Such is the way of Wudan. pic.twitter.com/rJkK92hzCd

Before being banned, his main business venture was Hustler's University, an online course for aspiring alpha males that taught lessons on crypto, stock investing, and "freelancing."

In August, Tate was also banned from TikTok, the platform where his hashtags have garnered billions of views.

A Tiktok sp0okesperson told Bloomberg why he was blocked saying;

"Misogyny is a hateful ideology that is not tolerated on TikTok," Adding "We've been removing violative videos and accounts for weeks, and we welcome the news that other platforms are also taking action against this individual."

Apart from touting advice on how to become wealthy, he's also known for his outspoken support of Donald Trump, who he sees as an exemplary "alpha male." Tate also spoke out against COVID lockdowns and vaccine mandates.

Neno Evangelism founder Pastor Ng'ang'a was badly trolled online after he announced that he would be charging for prayers at his Kajiado church.
Exclusives
2 months ago

Days after being trolled for appearing in public with an unironed skirt, Machakos governor Wavinya Ndeti has apologized.
News
2 months ago
WATCH: For the latest videos on entertainment stories