• Agriculture CS Peter Munya was quoted as having said in a memo that the suspension was due to inadequate funds from the treasury. 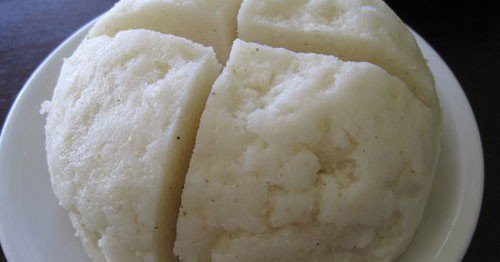 The  government has denied a report published in the dailies on Saturday that it had suspended the National Maize Flour Subsidy Program due to inadequate funds.

The Agriculture Ministry on its Twitter account said it was fake, but did not explain anything further. Kenyans are now confused and have reacted to the report.

Agriculture CS Peter Munya was quoted as having said in a memo that the suspension was due to inadequate funds from the treasury.

“Due to inadequate exchequer releases from the National Treasury, it has been decided that the Maize Flour Subsidy Program be suspended immediately,” Mr. Munya said.

The Head of State said a 2kilogram-packet of Unga would retail at Sh100 down from an average of Sh225 following talks with millers at State House, Nairobi.

“I note with regret that the cost of a 2 kg pack of maize-meal remains out of reach for many, as it is currently retailing at an average of Sh205,” Kenyatta said after a meeting with Millers at State House.

He announced the suspension of the Railway Development Levy and the Importation Declaration fee, effectively lowering the cost of a 2-kilogram maize flour to Sh100.

“As a consequence of this continued escalation in food prices, I today announce Fiscal Measures focused on food Subsidy, as our Fifth Stimulus Programme covering the supply and distribution of our nation’s staple food – maize meal, across the entire country,” he said.

ShikohkihikaYaaani Munya couldn't even wait for chebukati to announce the results before suspending Unga ya 100?

@johnnjengaUsing unga as a campaign tool is the worst form of witchcraft. ⚖️

@hellenjeriKeUnga ya 100 imeisha after elections.Secondly , did you see it in your nearby shop?

'If this is my last video!' TikToker Aq9ine chillingly says after eating spider

The Tiktoker announced that after successfully cooking the bat, his next cuisine will include an instructional video on how to cook a rat.
Exclusives
3 months ago
WATCH: For the latest videos on entertainment stories