The man's survival was "verging on the impossible", said coastguard divers.

• The 12-metre vessel, which had set sail from Portugal's capital Lisbon, sent out a distress signal late on Monday evening from the Atlantic Ocean.

• Spanish coastguards found the upturned boat, but the sea was too rough to rescue him - so the sailor had to wait until morning. 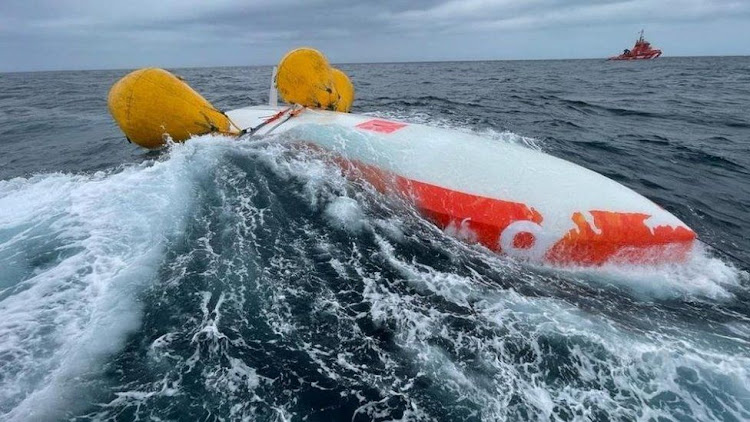 When his boat capsized, a 62-year-old Frenchman kept himself alive for 16 hours at sea by employing an air bubble.

The 12-meter ship, which had departed from Lisbon, the capital of Portugal, sent out a distress call from the Atlantic Ocean late on Monday night.

The sailor had to wait till dawn when the Spanish coastguards discovered the capsized boat since the sea was too choppy for a rescue.

According to coastguard divers, the man's survival was "verging on the impossibly."

At 20:23 local time on Monday, his yacht sent out a distress call while it was only 14 miles (22.5 km) from the Sisargas Islands, which are located close to Galicia in northwest Spain.

The unnamed individual was searched for and saved by a rescue ship carrying three helicopters and five divers.

The individual responded by hammering from inside the ship as a diver was winched onto the hull to look for signs of life.

The rescue team affixed buoyancy balloons to the boat to prevent it from sinking and waited till daylight because the sea was choppy and it had already darkened.

The next day, two divers swam under the boat to help the sailor out, who they found wearing a neoprene survival suit and submerged in water up to his knees.

The man then jumped into freezing water and swam under the boat towards the sea's surface.

In a tweet, Spain's Maritime Safety and Rescue Society said: "Each life saved is our biggest reward."

Vicente Cobelo, a member of the coastguard's special operations team, said the sailor got into the water "of his own initiative" .

But, Mr Cobelo added, divers helped pull the sailor out, as it was difficult for him to get out of his suit.

He was airlifted by the rescue team and briefly taken to hospital for checks.