Be cautious in Kisumu during this election season-US tells Americans

The embassy said election related demonstrations may occur, and in some instances turnout to be violent

• The US embassy urged its citizens to monitor local media for updates, avoid crowds and demonstrations as well as being aware of their surroundings.

• Other cautionary measures include; not displaying signs of wealth, such as wearing expensive jewelry or watches. 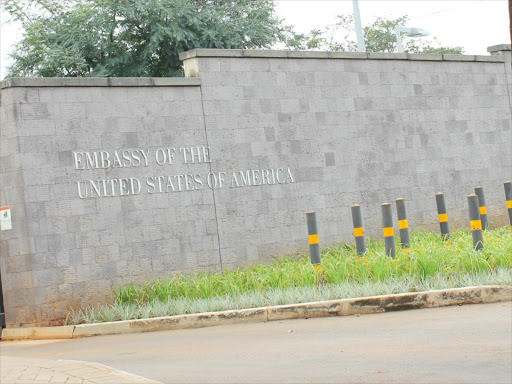 Americans should avoid visiting Kisumu during election season, according to the US Embassy in Nairobi.

The embassy noted in a statement on Tuesday that there may be demonstrations relating to the election, some of which may be violent.

"Out of an abundance of caution, the Embassy has imposed movement restrictions on personnel in Kisumu. The State Department reminds US citizens of the continued need for sustained vigilance," reads the statement.

It further says, "Election-related demonstrations and rallies regularly take place in the runup to the election and are likely to continue, at times blocking key intersections and causing traffic jams. Demonstrations may occasionally be violent, requiring police intervention. Strikes and other protest activities related to economic conditions occur regularly."

The US embassy urged its citizens to monitor local media for updates, avoid crowds and demonstrations as well as be aware of their surroundings.

Other cautionary measures include; not displaying signs of wealth, such as wearing expensive jewelry or watches, reviewing personal security plans, having travel documents up to date and easily accessible and also carrying proper identification, including a copy of the bio-page of their US passport with a copy of a current Kenyan visa.

Jaguar was deported for lack of a stable financial standing.
Entertainment
6 months ago

Photos of the ongoing terrorism drill in Gigiri

'The information is credible,' Embassy letter leaks on terror alert this weekend

The embassy has been informed about this by the French colleagues. The information is considered credible.
Politics
6 months ago
WATCH: For the latest videos on entertainment stories

Why me, now? I am shocked - Mike Sonko