Are these the 4 most controversial Kenyan celebs?

Controversies is not a big deal to this artists, they believe any publicity stunt is positive for their career

• Eric decided to protest outside the parliament to pass a bill that 75% Kenyan music should be played all across media houses and clubs. 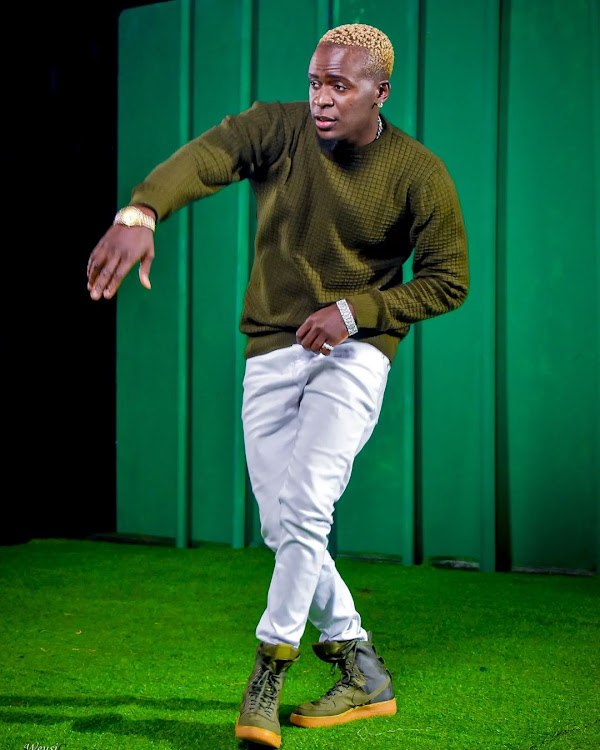 Musicians are often known for what their music is all about; while others depend on controversies to shine.

Willy Paul is a Kenyan musician that has been in the music industry for a decade now. The renowned musician has been in scandals for years with Willy once being a gospel musician who shifted to secular music.

This caused a whirlwind on the internet, with his fans shocked and disappointed. Either way, this didn’t stop him from making secular music.

Just recently Willy Paul, was in yet another scandal, as he commented on a picture of Kenyan musician Jovial saying that he would love to spend some intimate time with her.

This caught Jovial's eye and she responded back to Willy Paul with a very outraged demeanor, she did not take it lightly.

The controversial artist went ahead and replied bitterly that Jovial had rejected him.

Eric Omondi the comedian, is the most controversial artist in Kenya at the moment; there’s never a day that he is not trending or on tabloids for the smallest issues.

Over the years Eric has been one of the most treasured comedians in the country, but as time passed by he has also made questionable choices to his fans.

Eric has been trying to be relevant by being active on social media by doing skits, and his fashion taste that has caught everyone’s eye.

He also attacked the Kenyan music industry saying that it had been lagging behind and that other countries are passing us by.

Eric also decided to protest outside the parliament saying that they should pass a bill that makes it that 75% Kenyan music should be played all across media houses and clubs.

This scandal led to Eric been arrested due to the chaos he caused outside the parliament.

Bahati aka mtoto wa mama, is one of the dearest musicians in the Kenyan music industry.

Bahati has trended for the most outrageous yet embarrassing things; the musician is now a politician has been caught on camera crying due to the political intrigues he has been facing.

The internet even clowned him for crying on live television, and the comments were not easiest to look at.

But this did not stop Bahati as he still on the race for vying for the Mathare seat even after his embarrassing moment.

Ringtone Apoko is among the controversial artists in Kenya, the gospel musician has been trending on blogs for the most crazy reasons. The gospel singer even recently stated that he was leaving gospel music.

The reason being that women drove him away from doing gospel music.

"I quit gospel music because instead of women following the Christ that I preach they end up loving me. That's why I am taking a short break so that these women would focus on Jesus and leave me alone."

A few years ago, the gospel artist also tried to shoot his shot to the influential business woman Zari Hassan, Apoko said that he would marry the business woman if she gave him a chance.

Reason Huddah doesn't wear underwear even during her periods