'You're not the most intelligent & beautiful,' Nigerian life coach compliments fiancée

• The man told that he will not flatter his woman despite being trolled.

• The man insists he chose her over others. 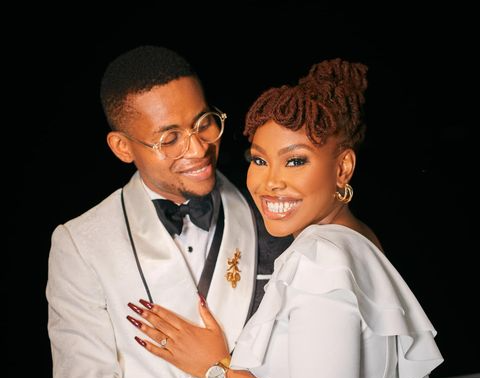 A man should be his wife's biggest cheerleader, however, one husband is quickly gathering attention for not doing that.

Nigerian life coach Solomon Buchi has dedicated a long message to his fiancee online, where he said she is not the most beautiful nor is she the most intelligent woman.

He added that despite this, he chose her.

According to the man, he was trying to appear like that imperfect couple, but the internet told him he is mean.

The Nigerian man insisted that he was not being disrespectful to his woman, and is only praising her in the way only he understands and feels right.

Fellow Kenyans, do you think this is a way to show appreciation for a woman? Or do you consider it poor and inconsiderate for a man who wants to spend his life with you to say that?

The entire message is below. 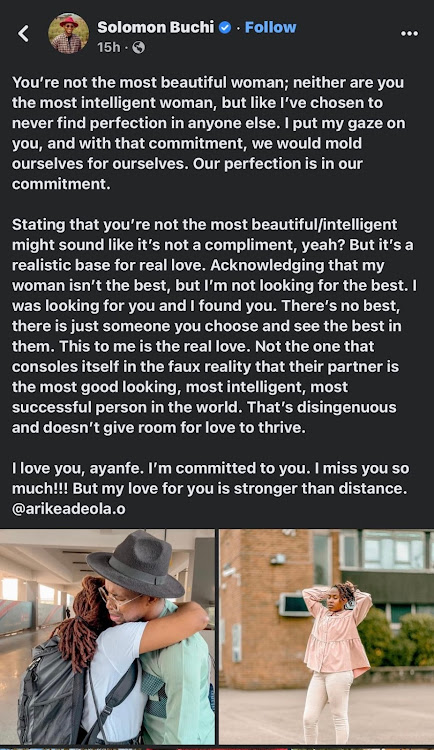 @iamnotfredrickSolomon Buchi is getting dragged for not lying, we all know his wife is not the most beautiful nor is she the most brilliant woman. I will pick truth over meaningless flattery any day.

@oriA_SeamsI don't see what the issue is with what he wrote

@LemonadesWithBut he had been flattering her up until he proposed. If you follow him, he always hyped this woman up. Then he proposes and starts writing "you're not the most beautiful..." why didn't he keep the same energy. A very odd thing to do.

@dee_megamindThe guy was speaking the truth for sure but he stressed she's not a perfect point so much it's almost like he's doing her a favor.

@Ay_StandardHe's making it seem as if he's praising her whereas contradicting himself, and not considering the partner at all... Some people are very very egocentric and this just proves it all.

Kamene said that the singer is not her type as he short and she likes tall men.
Entertainment
2 weeks ago

'My one and only...' Emmy Kosgei celebrates hubby's birthday

Kosgei shared a lovely photo of her preacher hubby, accompanied by a sweet message.
Entertainment
2 weeks ago
WATCH: For the latest videos on entertainment stories