• Nevertheless, millers did not reach a deal with the Ministry of Agriculture . 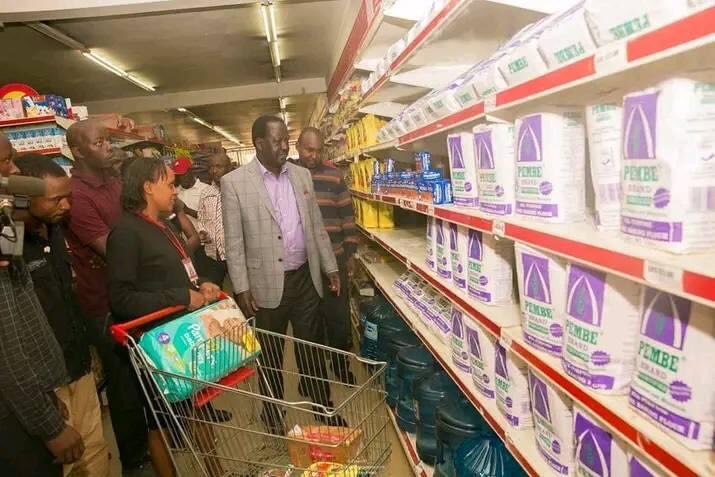 This year, the price of maize flour reached the Sh200 mark for a two-kilogram packet which was the highest ever recorded in Kenya’s history.

A few weeks ago, the government also reduced the maize flour prices by 2 shillings and Kenyans were still unhappy.

They termed it as an insult to them saying the Sh 2 reduction would not have an impact on their pockets.

Kenyans have currently been grappling with the high costs of living following the inflation of prices on commodities like milk, bread, gas, and fuel among others.

On Monday, July 18 in a statement, the Ministry of Agriculture directed that all retailers should sell the two-kilogram packet of flour at Ksh100, down from Ksh230 and 5kg should cost Sh 250 while the 10 Kg should be going for Shs 490.

This has left tongues wagging as netizens become concerned over an immediate mammoth drop of maize flour prices which some speculate the government could be using as a strategic plan for their campaigns as elections are only 20 days away.

The ministry and millers are set to extend their talks and engagements on how to bring down the cost of unga later this week.

At the moment you can have two at the same price and still be able to retain some coins which you can use or add up to buy something else.

Below are some of the mixed responses from elated citizens and Doubting Thomases as well;

"Sweetheart can now come visit me at home."

"It's the irony for me...All these is to woo the voters but in real sense they don't really care.

"After elections we'll go back to default.

"Kutafuta votes in all ways"

"Dont get too high they know what they are doing"

How rising prices are affecting your lifestyle

Sharing costs with family members can trim your expenses substantially and you will have a new reason to eat mchele at home
Lifestyle
2 months ago
WATCH: For the latest videos on entertainment stories

Things that should be way cheaper

How celebs reacted to Omanyala's troubles