• "But, particularly for individuals who have darker skin, people should not forget to look at the soles, the hands, the palms, and the nails."

• She describes patients who thought that they had warts on the soles of their feet, but these turned out to be skin cancer. 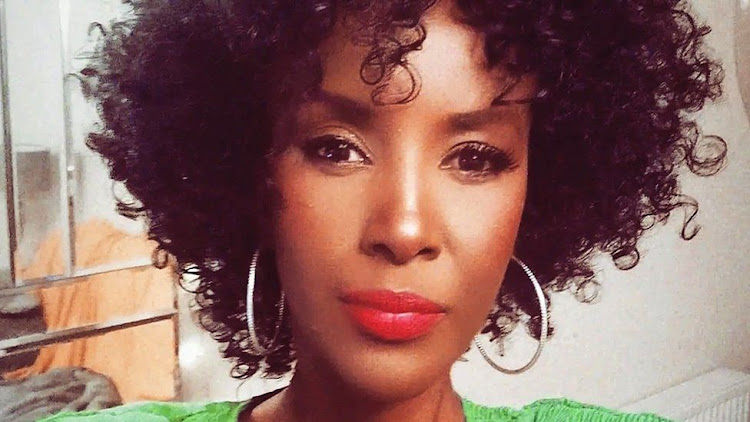 Isser Nener was told a mole she had removed was skin cancer
Image: BBC

When Isser Nener was in her late 20s, she was diagnosed with skin cancer.

"I found a little mole on the back of my leg. I was on holiday with a friend and they were like: 'You have to have that mole checked'," she says.

"So I went to the doctor's and they removed it straight away. And a week later they said it was skin cancer. Obviously, I was quite shocked and upset."

She was surprised because she had believed a long-perpetuated myth that high levels of melanin in black skin meant it could not be damaged by the sun.

"I actually thought that when you've got black skin or dark skin, you can never get [skin cancer] and you don't need to wear sunscreen because you feel like you're a bit protected. But obviously, now I know that skin is skin and you can still get it," says Isser.

Five years later, the cancer came back. "Luckily, again, I caught it early, I didn't have to have any chemo. They just had to remove one of my lymph nodes." Now, 10 years later, she's still clear of the cancer.

Isser had never used sunscreen when she was growing up and is now working with Cancer Research UK to warn others not to make the same mistake.

The organisation reports that melanoma skin cancers are less common in Asian and black people than in white people.

But Dr. Ophelia Dadzie of the British Association of Dermatologists says that when they do occur in black people they tend to be "much more aggressive and tend to be detected at a later stage".

Dr. Dadzie points to reggae star Bob Marley, who discovered a patch of pigmented skin that turned out to be malignant melanoma, which he later died from.

"In terms of looking at your skin, you should look at your whole skin," she says.

"But, particularly for individuals who have darker skin, people should not forget to look at the soles, the hands, the palms and the nails."

She describes patients who thought that they had warts on the soles of their feet, but these turned out to be skin cancer.

Unpicking the myth about black skin being immune to the sun's rays, Dr Dadzie says the misconception probably grew out of the fact that black people have higher amounts of melanin than people with other skin tones.

Melanin is the pigment that makes skin darker but it has other properties too - it is an "inherent natural sun protection", she says. "It sits in the cells of the skin and protects from UV damage and UV-induced changes to the DNA etc.

"The melanin will actually protect from that… but it's not 100% protection from the sun."

And she warns that it's not just skin cancer that people need to think about.

Hyperpigmentation is where darker patches of skin develop and can be caused by excess melanin production.

So what do you do when you're in the sun? Dr Dadzie's advice is: "The British Association of Dermatologists has a three-pronged protection plan - shade, clothing, and sunscreen.

"So you can protect your skin with clothing, including a hat. You make use of sunglasses as well, with UV protection. Make use of shade between 11am and 3pm when the sun's UV rays are strongest.

"Then when you choose sunscreen, you want to use one with a minimum SPF of 30 and good UV protection, but the higher SPF, the better.

"It's also helpful to have products within it, which give you protection from visible light, because visible light can also cause hyperpigmentation.

"Make sure the sunscreen is water resistant and that you're reapplying that SPF every two hours as well, that is very important."

Paul Muite's last public appearance was at the Party NDC at Bomas of Kenya in March 2022.
Entertainment
3 weeks ago

The death of Nancy comes a year after their father, Edward Karoney lost his life after being involved in a motorbike accident.
Politics
9 months ago
WATCH: For the latest videos on entertainment stories

'I will always love you' - Ben Cyco mourns sister

'Janet scolded me after I bought her a car' - George Ikua