How cooking for your wife can enhance your relationship

The only way to a man’s heart is through a nice meal,but I think it works vice-versa as well.

•Having a man who can cook in a family would add to a woman’s life.

•Women for some reasons, drool over men who know how to cook. 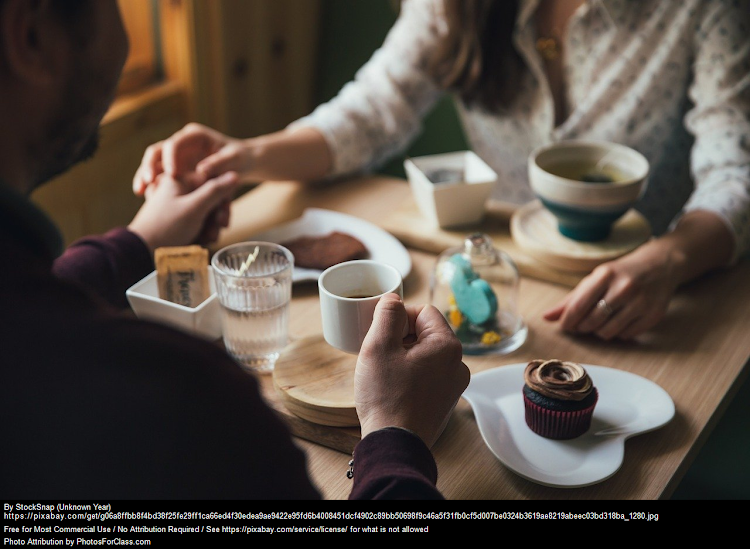 Couple on a date
Image: Photos for Class

It has always been a debate when a conversation about men's cooking comes up, but there is nothing wrong with a man fixing up meals for his family, either occasionally or often if he can.

Traditionally in most cultures, if not all, ladies were raised to take care of all matters to do with the kitchen.

Currently times have changed where it is not necessarily a woman's duty to cook.

In a recent home setting,both the man and woman can cook for themselves and the children. After all, it’s everybody’s food at the end.

Considering that cooking has always been considered a woman's domain, a man taking up charge would actually mean the world to their other half.

It is said that, the only way to a man’s heart is through a nice meal.

Though I think it works vice-versa. A woman would also love a nice meal in bed. There is some romantic and special bond a great meal represents.

Who doesn’t love a partner who can cook?Having a man who can cook in a family would add to a woman’s life.

Here are some of the ways cooking for your partner can strengthen your bond.

1. WOMEN FIND IT ATTRACTIVE AND ROMANTIC

Women for some reasons, drool over men who know how to cook, so having that ability would always show you in perfect light and make you stand out from other men before them.

I have listened to a lot of women list the things they find attractive in men, and the ability to cook has been in the mix of cocktails more times than not.

If your man can cook, it means they are responsible. They can take care of you when you are weak and tired or probably if you are feeling unwell.

We have some women who are entrepreneurs who go very early and return home late in the evening.

With all the exhaustion,they find it difficult to meet up with some of their other responsibilities in the home like cooking and probably they might have barely eaten something during the day.

Now, you can imagine how elated a woman would be if she returned home to a well made food by her own husband. She’d feel loved and valued by an understanding hubby.

4.PREVENT THE NEED OF HOUSE MANAGERS.

"Could" because I know that cooking isn’t the only reason why people hire the services of a maid, but sometimes, it definitely a part of the reason.

In most families, the amount of workload the woman has to take on a full day is usually too much for one person.

Therefore you find that there’s need for someone to come lift some of those responsibilities off her shoulder.

In situations where the man is unwilling or unable to help, then, a maid would be required which obviously has its financial implications.

But if the man is good in the kitchen, then he can take on the responsibility of cooking, and help his woman and in the long run saving the cost.

5. IT CAN HELP THE FAMILY EAT HEALTHY

Two heads are better than one, isn’t that so?.It’s good when you have a woman in the house who knows a lot about food and cooking.

Even better when there’s a man who knows a thing or all about food as well. There’ll be an exchange of ideas between the two, which would ultimately help the kitchen life of the family.

6. MEN WHO CAN COOK COME ACROSS AS STRONG AND INDEPENDENT TO WOMEN

In a world where most men can’t cook, and would rather sit back to enjoy food made by women, the few who are bold enough to take on the challenge are highly respected and revered by the women around them.

That is because they dare to tread where many wouldn’t, and can stand on their own without the assistance of a woman.Such men are greatly admired.

Wema said she was not comfortable talking about ever dating Diamond Platnumz again
Entertainment
3 weeks ago
WATCH: For the latest videos on entertainment stories

Male celebrities who are better cooks than your bae

Here are the top 5 healthiest spices

I am constantly reminded I can't cook Ugali-Kamene