Outspoken lawyer Donald Kipkorir has been awarded sh1.3billion in fees

• The1.3billion is from City Half for legal representation 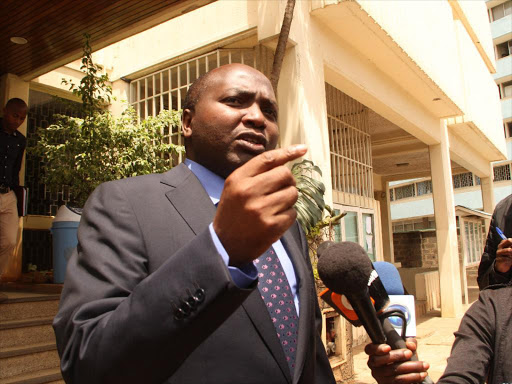 Outspoken lawyer Donald Kipkorir was been awarded sh1.3billion for lawyer services for defending the Nairobi County government against the Ministry of Defence in a case involving the parcel of land where Embakasi Barracks stands.

The Environment and Land Court ruled last week that Mr. Kipkorir should be paid Sh1.338 billion for representing the defunct city council in the case that was in court for close to 10 years.

The 3,000-acre land valued at Sh61.5 billion was forcibly taken over by the Kenya Defence Forces, triggering the suit in 2012.

But the matter was withdrawn in June last year, without the involvement of Mr. Kipkorir. The county government had opposed the amount, claiming that Mr. Kipkorir’s law firm, KTK Advocates had an agreement with city hall to be paid Sh400 million plus VAT.

But Ms. Orago rejected the claim, saying there was no proof that the amount had been agreed upon.

“It is moreover quite unfortunate that no proof has been tendered to this court to show that there existed a retainer agreement between the parties other than an unsigned letter allegedly from the applicant firm,” Ms. Orago said.

The amount has caught the attention of KOT, who want the flamboyant lawyer to share. The jokes about it are below:

@tetieno....Dear Lord, whatever Donald Kipkorir said in his prayer, I copy and paste🙏🏿

@QuincyWandera...Sasa hatuta pumua when Donald Kipkorir gets his 1.3B. If he bought a standard Range Rover sport but left it at the show room so people can ask who DBK plates belong to, and posted his 5 year visa to Italy and Dogfood receipts on Twitter, Sasa ni small small Billions?

amon_maru...Show us your ways master 😉

Obinna posted a screenshot of his mpesa transactions on his Instagram.
Entertainment
3 months ago

WOLOLO! Lawyer Ahmednassir Abdullahi aka Grand Mullah lives up to his name, acquires Bentley SUV worth 23 million
InPictures
4 years ago