Video: Drama at Frank Obegi's funeral as man demands to speak to mourners

• Obegi was among the four mutilated bodies discovered in Kijabe Forest on Monday, June 20, 2022.

• There was shock at the funeral as an unnamed man caused a clamour after insisting to speak to the assembled mourners. 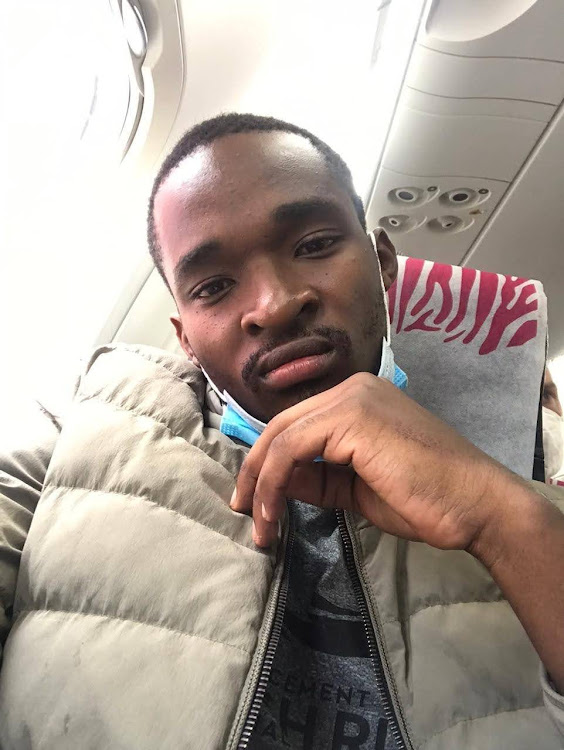 The late social media influencer and blogger Frank Obegi was buried on Tuesday this past week at his rural home in Bogwendo village, with his funeral witnessing some drama.

In a video seen by Mpasho and posted on cyprineoenga's TikTok page, a man can be seen begging to speak to the assembled mourners attending the funeral.

The man who seems to be very emotional and in deep pain (and maybe a bit tipsy) can be heard begging the organisers to speak to the people assembled.

From the comments section, some Kenyans claimed that the man who was demanding to speak was actually the late Frank's brother, while others alleged that he was the best friend who wanted to tell his truth.

Check out some of the comments below:

user8425452312261 In such a moment never ignore such character they know a lot, allow him to speak then boom 💥🤯 the narrative changes

cpete Helpi Jamaa is in pain, ni brother yake...Hata kama he was an alleged conman

ONE LOVE 🤞 your best friend trying to testify on behalf of you during your burial...💕

Jayden Brittz Was about to spit the truth 😂😂

The late Obegi was among the four mutilated bodies discovered in Kijabe Forest on Monday, June 20, 2022.

Obegi who was born on 06/09/1996 , was the second born child to Evans Mose (Bowendo) and Beatrice Nyanchama.  He was a brother to Leytone Teya and Gilger Nyang'ate.

Kenyans who engaged with or knew Obegi on Twitter expressed their sorrow, with each user describing their relationship with the young man and the memories they shared.

His close family members remember him as a happy-go-lucky guy with a sterling attitude to life.

May the late Frank rest in peace.

Frank Obegi had lied to his father about the job he was doing
Crime
1 month ago
WATCH: For the latest videos on entertainment stories