How much does a kidney cost?! KNH's frequently most asked question

• KNH has held an interactive QnA with people about not selling their kidneys.

• The rising cost of living has something to do with it. 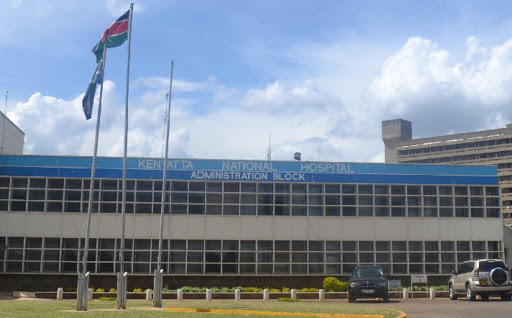 Kenyatta National Hospital has warned Kenyans about selling their Kidney. In a viral message on Twitter, KNH told

"'How much for my kidney?' Is our most inboxed question. Please note that organ sale is strictly prohibited and illegal. You can only donate out of free will."

The idea of making quick cash by selling a body part has been on the lips of Kenyans online, who have been asking KNH to tell them how much they can possibly sell a kidney for?

The hospital hasn't divulged how much the body part costs. Obviously, this might be deemed irresponsible and see Kenyans flocking to illegal markets.

Early this month, there were rumours online that toes were being sold for big bucks.

The unfounded story suggested Zimbabweans were parting with their digits to beat poverty.

A tongue-in-cheek Zimbabwean blog post suggested the trade was happening at a shopping centre in the capital, Harare.

Other things that you can legally sell include;

2. Plasma:  Blood plasma is the liquid part of the blood that carries the blood cells all over the body.

3. Sperm: Approved donors can make a donation at least once a week, usually for a period of up to a year.

4. Eggs: Women who are fertile can sell their eggs. The typical egg retrieval cycle, which takes three to four weeks

5. The womb: Becoming a surrogate for another woman is an extremely taxing process emotionally and physically but has a wonderful payday when you get the right couple.

7. Skin: You can allow companies to advertise their products on your skin.

Uhuru Secondary School, Nairobi, was Monday closed indefinitely following the death of a student in unclear circumstances.
Entertainment
1 week ago

Abraham Mwangi's wives stunned Kenyans last week when they revealed that they were leaving in the same home.
Lifestyle
1 week ago
WATCH: For the latest videos on entertainment stories