Sheila Chepkoech Too identified herself as an NMs enforcement officer

• Sheila boasted that she is allowed to search people

• The officer said she is based at Green Park Terminal 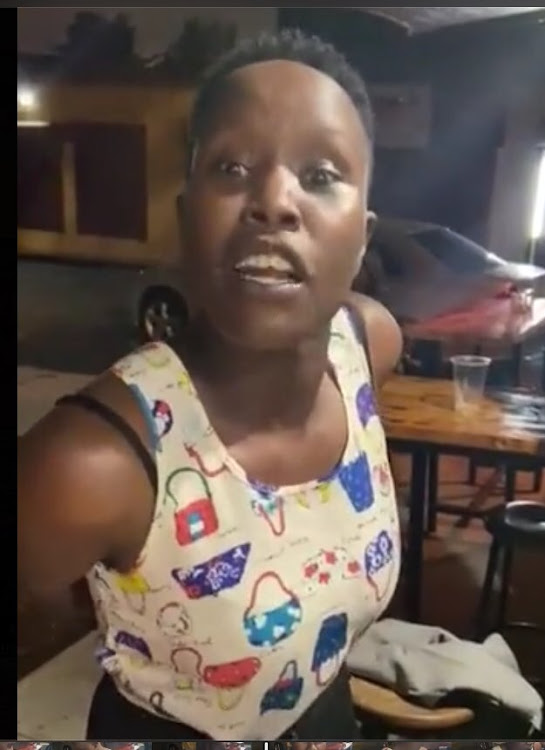 An officer for Nairobi county has attracted the wrath of Kenyans after a video of her harassing and abusing revelers went viral.

Sheila Chepkoech Too works for the NMS as an enforcement officer according to excerpts from the video.

The incident was captured in a series of videos on Tiktok by user coplydiamwangi. The female officer gets abusive when asked to produce her ID.

"I am a law enforcement officer," adds Too as she grabs a revelers phone. "The good thing is you are recording," she insists as she flips the phone. "I just want her to confirm my ID. Here it is, continue," Too says as she hands over the phone.

Sheila then gets upset as a female reveler tells her she has no right to touch her phone or any other personal effect.

The reveler asks why she touched her phone and the NMS officer says, "Do you know I am allowed to touch your phone? You don't even know Nairobi City by-laws? "

In another part of the video, the NMS officer adjusts her jacket while seeming intoxicated as her boyfriend tries to pull her away from the revelers.

She rejects his attempts saying, "Go away, go away. I just want me and her. He is recording me, toka. No me and her."

Sheila then pulls the chair closest to the reveler boasting further about the powers city by-laws grant her.

The National Police Service (NPS) police say the lady in the viral video clip in a social club is an enforcement officer working for Nairobi Metropolitan Services (NMS) and not a police inspector, unlike what some Kenyans were saying.

His body had been hanged in his tuk-tuk that had been abandoned on the roadside.
Lifestyle
2 weeks ago

Langata MP aspirant Felix Odiwuor a.k.a Jalango has offered a Ksh 100,000 for any information that will lead to the capture of two of his employees.
Politics
3 weeks ago
WATCH: For the latest videos on entertainment stories