• A group of African children are being instructed, by a voice off-camera, to chant phrases in Chinese.

• The clip ignited outrage in China and beyond. 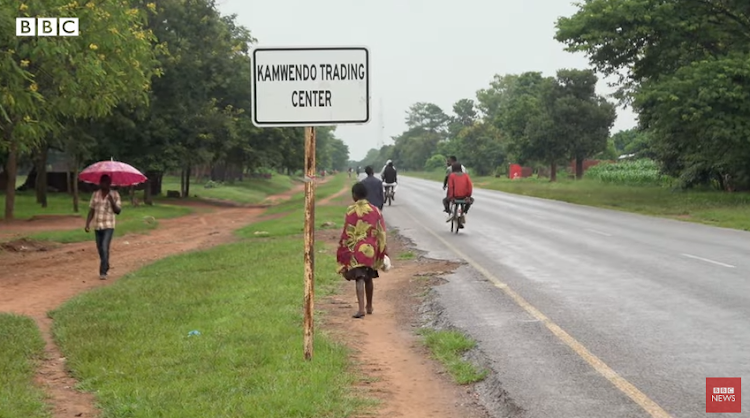 BBC has uncovered the location where Chinese use African children to chant racist things online.

Videos in China featuring Africans are hot cakes. They are sold for between 70 to 100 US Dollars.

Most of the humiliating videos are children standing around a blackboard repeating things in Chinese.

The producer of the Chinese videos makes children repeat things that may seem innocent but are not, like girls dancing in certain ways.

The children are told to repeat the man in Chinese.

The video was released in February 2020 on a Chinese social media account. Following the leak, netizens reacted sharply with some outraged as others found it hilarious.

The word is the Chinese equivalent of the American N-word.

The most popular videos get millions of views. Some of the videos are played by musicians in their concerts as part of stadium concerts.

On a site similar to Twitter, a Chinese video has over 50 million views. The video features young children being instructed to say "I'm a black monster".

"So we started the painstaking process of downloading and logging hundreds of videos from across Chinese media that featured similar things where these children are holding placards saying these words they don't understand. We found 2 videos that actually tagged the location."

The village according to investigations is located in an area where foreigners can do business discreetly.

According to area residents, many Chinese have been spotted filming in the village. Several residents mentioned one man in particular called Susu. "They come teaching China language only," told a resident about an encounter with the Chinese.

Another man described the equipment used to film saying, "When he films, he writes on a blackboard."

Others believed the videos were being filmed for charity, to get aid to improve Malawi. The children attend Chinese classes instead of regular school sessions, making parents worried.

The BBC crew got a tip-off when the next filming would be and went undercover.

The biggest motivation for children to skip school was because they are paid to film videos. The children even fight over the bundles of notes being dished out.

The first claims of racial discrimination at the establishment were made in 2016 barely a year after it had been opened
Entertainment
4 weeks ago
WATCH: For the latest videos on entertainment stories