Mother of worlds only nonuplets speaks 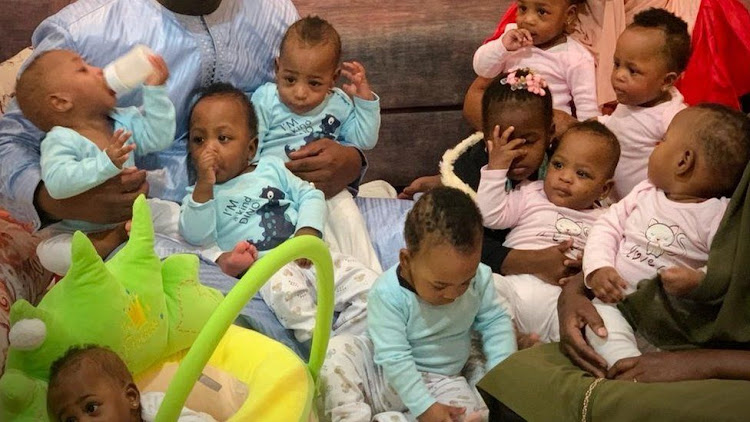 The world's only nonuplets - nine babies born at the same time - are "in perfect health", says their mother, Halima Cissé.

Originally from Mali, she gave birth in Morocco after Mali’s government flew her there for specialist care.

Cissé gave birth by Caesarean section and her babies weighed between 500g and 1kg (1.1lb and 2.2lb).

The babies - five girls and four boys - were born at 30 weeks according to Mali's health minister, Fanta Siby. They weighed between 500g and 1kg (1.1lb and 2.2lb), Professor Youssef Alaoui, medical director of the Ain Borja clinic told the AFP news agency at the time of birth.

They were delivered by Caesarean section.

Their boys are called Mohammed VI, Oumar, Elhadji, Bah, while the girls are named Kadidia, Fatouma, Hawa, Adama and Oumou.

Each one has a unique personality, their father said.

"They all have different characters. Some are quiet, while others make more noise and cry a lot. Some want to be picked up all the time. They are all very different, which is entirely normal."

Mr Arby also thanked the Malian government for its help.

They have not yet been to Mali, but they are already very popular in the country, their father said.

"Everyone is very keen to see the babies with their own eyes - their family, friends, our home village, the whole country."

He also has a message for couples trying to have children: "I hope God blesses everyone who doesn't yet have children - that they can have what we, the parents of nonuplets currently have. It's beautiful, a real treasure."

Here are celebrities whose blessings came in pairs.
Entertainment
4 months ago

Gigi has come clean on her remarks about Rihanna's pregnancy
Entertainment
4 months ago
WATCH: For the latest videos on entertainment stories