Quite frankly, it was disgusting - the patron said. 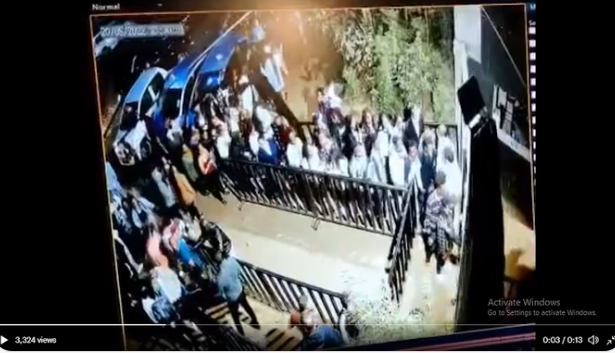 A caucasian patron who was present during the weekend event at Alchemist Bar that saw Kenyan patrons segregated and discriminated against has spoken out and given more details on what happened n that night.

The patron who is identified as Dexter Findley posted on Facebook his observation on the night.

"Had a very saddening experience at The Alchemist Bar last night (Saturday). Turned up around midnight to find the bouncers allowing white people and Indian people in, but denying entry to most black Kenyans and being very aggressive with them.

One colleague of mine was physically shoved when he approached the gate; he and a couple of other friends were denied entry - until us, white people in the group stepped forward and assured the bouncers we were all together."

The segregation did not end there. Findley narrated what went on in the club.

"Later in the evening, one black friend of mine was escorted from the premises for no apparent reason and not let back in, and when some black ladies wanted to join our (mostly white) group dancing on the stage, the bouncers tried to kick them off - until they were reassured, once again, that the ladies were in the same group as us white people (they weren't, in reality - but that's not the point).

I'm aware racism like this is pretty prevalent in Kenya's service industry, but never have I seen it so bare-faced and unapologetic. Quite frankly, it was disgusting."