• The iconic Nyayo statue and Mau Mau freedom fighters monuments will be maintained.

• Central Park will have an outdoor library for use by children to read and it will also be used for book launches. 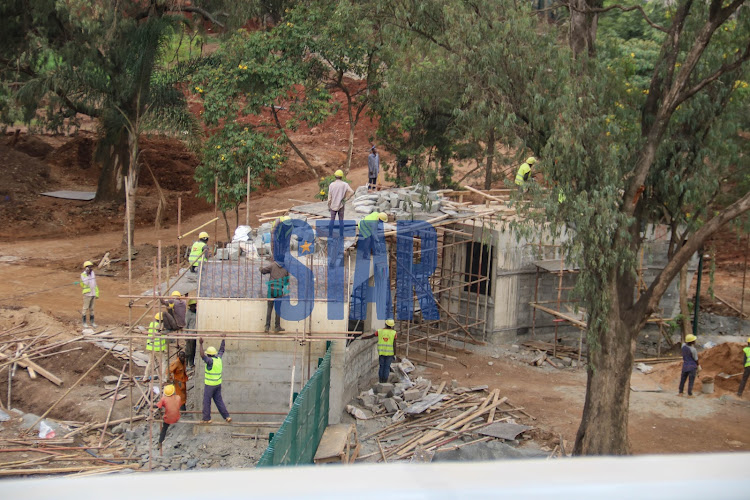 Ongoing construction at Uhuru Park as seen on May 14th 2022
Image: William Nyangaresi

The construction of the iconic Uhuru and Central parks to give them a world-class modern look is taking shape.

The works began last November but were suspended due to a court case.

However, works continued last month after the National Assembly allocated Sh1 billion for the renovations of the parks through the Supplementary Appropriation Bill, 2021 which was assented to by President Uhuru Kenyatta.

A site visit by the Star revealed that the contractors have to hasten building works in the two parks.

Already, construction on the foundations' slabs are visible in the two parks which were closed for renovations last month.

A master plan by the Nairobi Metropolitan Services indicates the new look will involve installing modern facilities and amenities which the parks have been lacking.

The parks had been neglected for many years and needed an upgrade.

NMS is upgrading the parks using their own contractors and not a private contractor as the parks had been outdated and renovations ought to have been done 20 years ago.

The basic facilities at the parks were built for people in the 1960s and 80s who were less than one million at the time but now Nairobi has over four million residents.

Lilies pond at the park will be turned into an aquarium named Uhuru Aquascape. 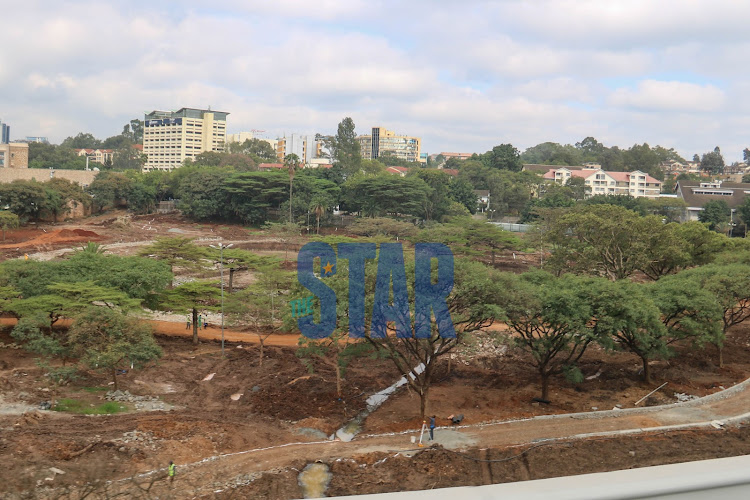 Ongoing construction at Uhuru Park as seen on May 14th 2022
Image: William Nyangaresi

A larger artificial lake will be transformed into a major waterfront with a Swahili restaurant.

There will also be an outdoor amphitheatre fitted with an audiovisual screen, a Nyatiti-shaped events garden, as well as a children’s play area, with bouncing castles and merry-go-rounds.

The iconic Nyayo statue and Mau Mau freedom fighters monuments will be maintained.

Parks will be fenced and will be manned, allowing the two parks to operate on a 24-hour basis.

There will also be terraced sitting areas with a biosphere look, a dancing fountain put up along Processional Way and several eateries and two high-end restaurants.

Central Park will have an outdoor library for use by children to read and it will also be used for book launches.

The two parks were closed for renovations in October after Nairobi MCAs approved a motion to rehabilitate the two iconic public parks, saying they were in a deplorable state.

The motion by Nairobi County Assembly Majority leader Abdi Hassan Guyo sought to have the parks urgently closed to allow for their rehabilitation to restore them to their former glory.

Guyo said the iconic parks have suffered years of neglect and are in a state of disrepair.

They risk losing their appeal, historical significance and recognition should they not be rehabilitated quickly.

He explained that rehabilitation and retrofitting of urban parks and green spaces in Nairobi County is part of the presidential legacy project and, therefore, needs the full support of the county. 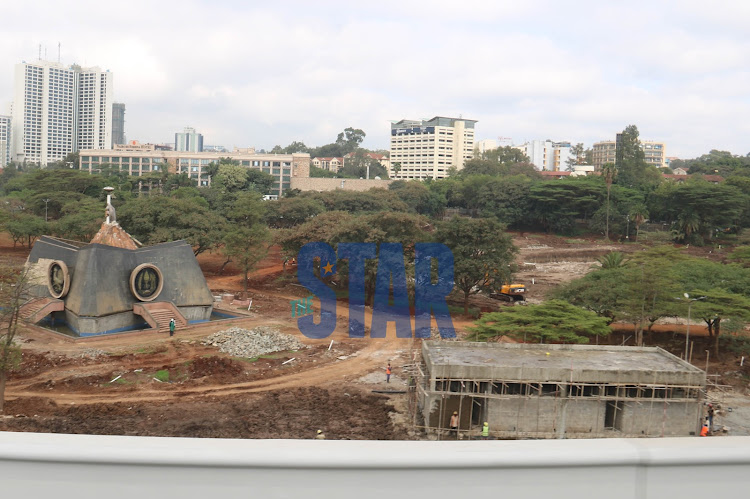 Uhuru Park renovations as at May 14th 2022
Image: William Nyangaresi

However, on December 7, 2021, Justice Wabwoto issued orders that prohibited NMS and its contractors or agents from felling trees or carrying out any works at the park.

Work was suspended until the case was heard and determined.

On December 17, 2021 through lawyer Duncan Okatch, NMS  wanted the court to set aside the orders that paused its works in the parks.

NMS argued the order to halt was issued due to “misinformation of the court and obfuscation of true facts”.

Also, they had argued that the ruling by Justice Wabwoto was given without NMS being given a chance to be heard nor was Badi given any notice and allowed to respond.

In January, Justice Edward Wabwoto dismissed the request by NMS Director-General Lt. Badi, saying that Badi did not give compelling reasons to warrant the court to vacate the same.

However, it is believed that NMS won the court case giving them a green light to continue with the works.

Tourism and Wildlife Cabinet Secretary Najib Balala accompanied other hikers has embarked on a four-day climbing expedition of Mt Kenya.
Politics
1 month ago

KWS officials had been contacted to neutralize the 'lion' only to find a carrefour bag
Entertainment
1 month ago
WATCH: For the latest videos on entertainment stories