Private car involved in a road accident on the Nairobi Expressway

• The Nairobi Expressway will be commissioned by Uhuru Kenyatta this month.

• The expressway will only be accessible to pay who pay toll. 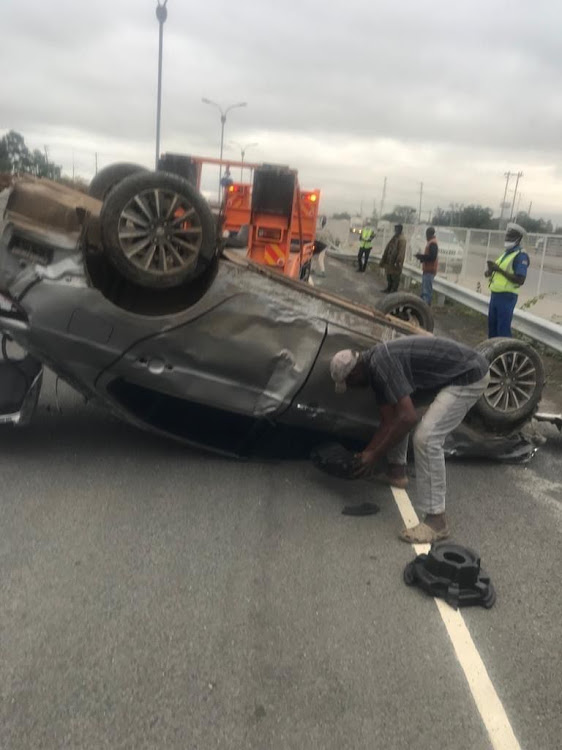 A road accident has been reported on the newly constructed Nairobi Expressway. The accident involving a personal car occurred after the car hit a fence and landed on the highway.

It's not clear yet how many people were in the car or if there were any casualties. The road is to be officially commissioned this month depending on the President's calendar. 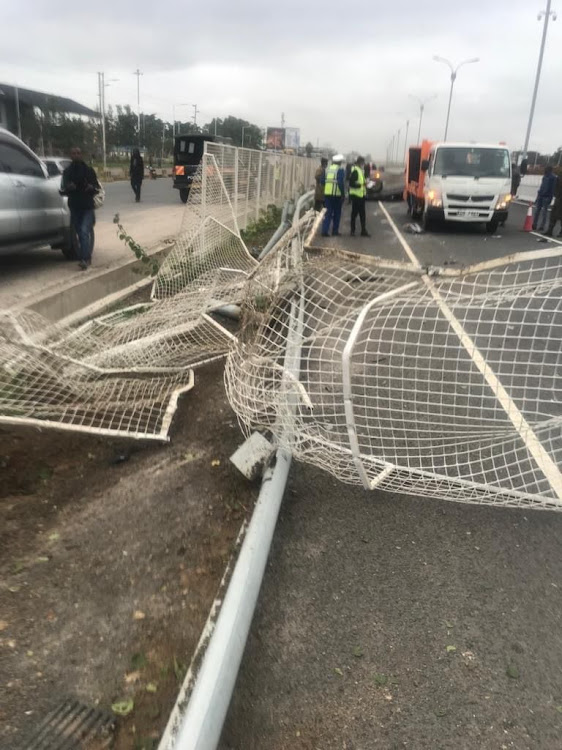 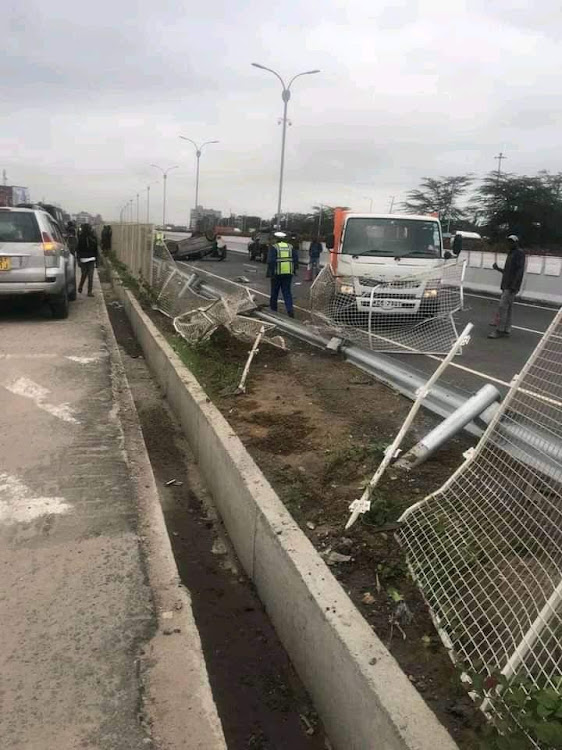 This is according to Infrastructure Principal Secretary (PS) Paul Maringa.

According to Maringa, who was speaking before the National Assembly’s Public Accounts Committee (PAC) on Thursday, the Ksh. 88 billion Expressway will be launched this month, albeit on President Uhuru Kenyatta’s order.

“The Expressway will be launched this month depending on the President’s calendar,” Maringa told the committee, chaired by Ugunja MP Opiyo Wanday.

The PS’ announcement comes just two weeks after the Ministry of Transport lifted the Nairobi Expressway's toll rates by 16 percent to reflect foreign exchange changes for the dollar-denominated charges following the weakening of the Kenyan Shilling.

The cost of using the road from the Standard Gauge Railway (SGR) to the Museum Hill interchange is also set at Ksh. 300.

Light vehicles with two axles are expected to pay the same rates as that of saloon cars (base toll rates) while heavy vehicles with four or more axles will pay five times the base toll rates meaning a heavy trailer will be paying Ksh.1,800 to move from Mlolongo to Westlands on the Expressway.

Bodabodas and tuk-tuks will remain banned from the Nairobi Expressway.

Nairobi Expressway sio kwako! How to access it legally

Usijifanye mjuaji and just join the Nairobi Expressway without first understanding what is really needed.
Lifestyle
1 month ago

How to start using the Nairobi Expressway

It will have a four-lane and six-lane dual carriageway and 10 interchanges.
Lifestyle
1 month ago

List of people not allowed on the Nairobi Expressway

Here is a list of people and their machines that are not allowed on the expressway.
Lifestyle
1 month ago
WATCH: For the latest videos on entertainment stories