Most Tuesdays, Fridays and Saturday Githuki wa Nyokabi was engaged in chores of grooming bodies

• Githuki completed his secondary education in 2006 but did not attain his desired grade and failed in languages which made it impossible for him to pursue his scribe ambition.

• "I got used to handling bodies and I would help dress and shave them according to the wishes of family who would give me extra cash,” he said. 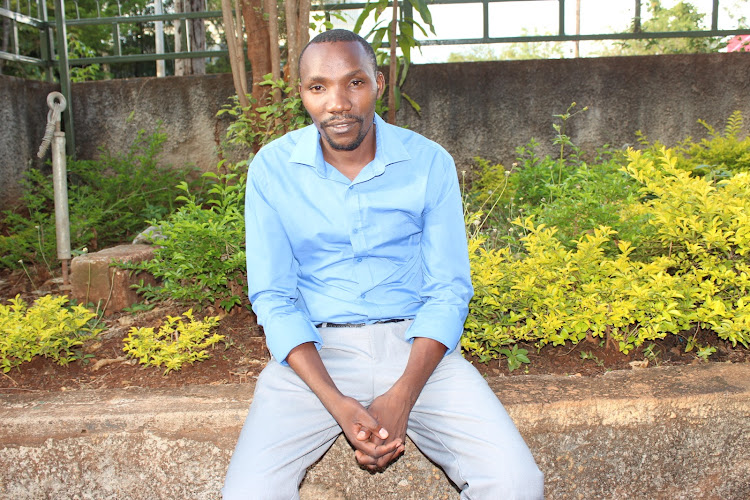 For 37-yea-old Githuki wa Nyokabi, life has been a real hustle. Githuki, a journalist, had to work in several morgues before he secured a job in the media industry.

Githuki grew up at Wanjohi village in Nyandarua county, a fourth born in a family of seven.

His mother, a single parent passed away in 2002 while he was in primary school, leaving him and his siblings under the care of their grandfather, who was a widower.

Githuki completed his secondary education in 2006 but did not attain his desired grade and failed in languages which made it impossible for him to pursue his scribe ambition.

After one year, he decided to go back to school and joined Kirema Day Secondary School in Form Three. He eventually managed to score a B- in KCSE in 2009.

Later, his grandfather sent him to Malaba to live with a relative and gave him some capital that enabled him to start a small hotel there.

But he ran down the business after only four months as he had no previous experience in running a hotel.

He left for Uganda where he would buy sanitary towels and torch batteries to sell in Malaba and neighbouring towns.

He gave up on the business after several months due to the numerous arrests by police officers. The business was not legal.

In 2011, he secured a job teaching mathematics and physics in a private secondary school before one of his uncles took him as an apprentice in his business in Nyandarua.

After saving some money, he bought a camera and started taking commercial photos in his village before relocating to Lake Naivasha to photograph tourists.

It is at Lake Naivasha that he met a man, who was working at Naivasha hospital morgue who recruited him to be taking photos at the facility.

“My first day at the mortuary was extremely traumatising. There was a road accident and victims had been brought in,” he said.

As family members wailed, Githuki broke down and cried with them. It would take him months to get used to the scenes.

Most Tuesdays, Fridays, and Saturday were busy and workers were overwhelmed. Soon, Githuki was engaged in chores such as grooming bodies.

“I got used to handling bodies and I would help dress and shave them according to the wishes of the family who would give me extra cash,” he said.

In a few years, Githuki had managed to save over Sh200,000 which he used to enroll for a journalism course at Mt Kenya University in 2014. 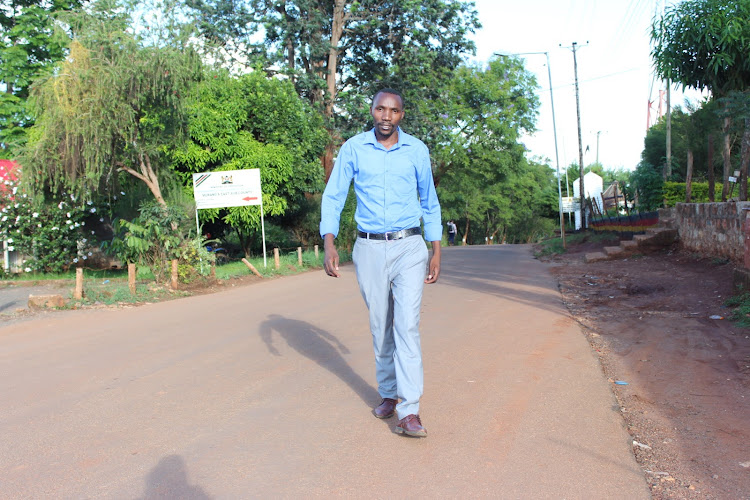 As expected, Githuki started visiting Thika Level 5 hospital mortuary where he became friends with the workers and within no time, he was able to continue with his work of grooming bodies.

“I explained to them that I had experience and I started helping out where needed.  I was soon able to make enough money to support myself in school,” he said.

But his classmates eventually found out that he was working in the mortuary and started pushing him away, forcing him to stop.

This forced him to get an alternative source of income and he plunged into the business of hawking condoms in Thika town, outside popular brothels.

This, however, soon became unviable due to the many crackdowns by police officers in the brothels.

In 2016, he returned to the mortuary and continued working until he graduated in 2017.

“I met my wife the same year and she handled it very well when I told her where I was working but she would often ask me what I tell God when I pray,” he said.

He would later get an internship opportunity at Coro FM as a presenter and later a correspondent in Murang’a.

Githuki, now a father of three, says the hardships he encountered prepared him for his career in journalism, forcing him to develop a thick skin.

“The hardships made me flexible and taught me to take life as it comes,” he said.

Asked whether he would consider working in a morgue again, Githuki said, though it is a job like any other, it is an opportunity he would only take as a last resort.

This, he said, is because of the stigma associated with the job.

Githuki, a teetotaller, said he did not take any drugs when he worked in morgue contrary to popular beliefs that many attendants take drugs.

“It is only required some time but don't get used to it,” he said.

He said he is now an artist and now makes extra cash by performing in hotels and clubs.

Eric Njoka, the former K24 anchor is not playing around with the haters anymore. Eric who is also a trained mortician wrote a message calling out his
Entertainment
4 months ago