• One person was injured 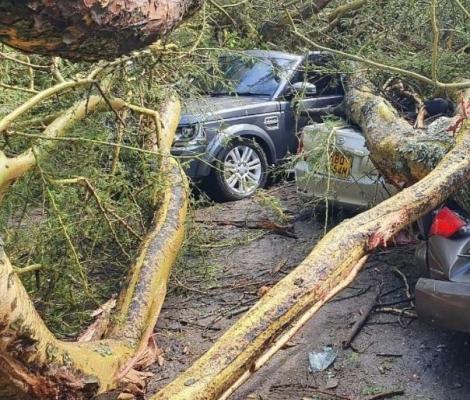 Imagine going camping (for the why I don’t know but people seem to be big fans of mosquitoes and being uncomfortable) and all is good until it ain’t.

The majority of the Kenyans have been seen to have fallen in love with the concept of going for long road trips, venturing into the bushes, making their way into the nature trails, and having the time of their lives as most will say.

With all this in mind, we are often seen to let go of the various preparations that are necessary and deemed best for such activities. In some instances, one requires to go visit a certified medical practitioner in order to know whether they have any underlying medical issues that might be spiked by the conditions presented in the region they are traveling to.

The majority of us fear the term of paying for insurance.

Well, we all don’t like letting go of money (especially in this economy!) that we are not sure whether it will ever be used.

Unfortunately, some of the citizens that had decided to go venture into the wild and have a camping site set up for themselves in Naivasha were met with rude shock after their cars were crushed by the tree that just so happened to fall near their camping site.

The tree was blown by the strong winds that had ravaged the area. Sadly there was one person who was injured. Lucky enough, the majority of the car owners were at the hotel in the vicinity enjoying a meal as this happened. The casualty currently is in stable condition as they were immediately rushed to the hospital.

I do not want to mention the loss they met, but still, imagine having to spend more money than what you would have paid under the insurance cover

Let alone the loss they met with their cars. We all know that nature has its course. What if, unfortunately, one happens to get ill.

Having to go to the hospital pay a couple of bucks for medical checks, medications, or rather all the bills that are to arise just because of the failure to have a simple check-up before the joy ride. Sad story, right?

“The man does not hail from this area and we are wondering why one has to travel from another place and take his life on this section of the road,” ...
Crime
1 month ago

Corazon and Frankie back together? Fans speculate

Corazon posted a picture and a day later her baby daddy posted a photo which gave the impression that both were traversing Naivasha county.
Entertainment
2 months ago
WATCH: For the latest videos on entertainment stories