The history behind song played during military funerals

'Taps' originally began as a signal to extinguish lights.

• 'Taps' song is also known as the 'Butterfields Lullaby' or the 'Day is Done'.

• 'Taps' originally began as a signal to extinguish lights. 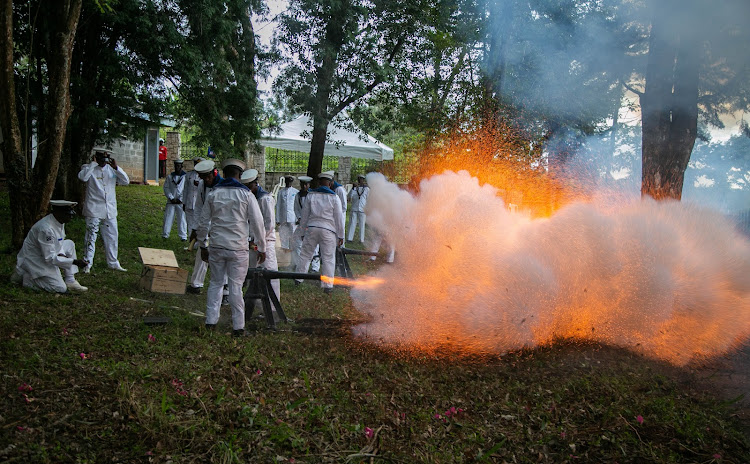 During the burial of former President mwai Kibaki, the military played a special song to send of their former Commander in Chief.

Using state-of-the-art music equipment, they played a tune of the 'Taps' song which is also known as the Butterfields Lullaby or the Day is Done.

The song is popularly played in Military funerals and is also used in the United States of America.

'Taps' originally began as a signal to extinguish lights. In 1891, the U.S army Infantry Drill Regulations referenced 'Taps' as a mandatory song in military funeral ceremonies.

It signals the end of the day and is played alone to honor service members who paid the ultimate price.

According to history, in July 1862, U.S. General Daniel Butterfield and his brigade were recuperating after the Seven Days Battles near Richmond.

Dissatisfied with the standard bugle call employed by the Army to indicate to troops it was time to go to sleep, and thinking the call should sound more melodious, Butterfield reworked an existing bugle call used to signal the end of the day.

And this is how 'Taps' which was later named Butterfields Lullaby was born.

Here is the lyrics of the song that is commonly played in state funerals.

from the sky;All is well,

Safely rest, God is nigh.

And a star Gems the sky,

Neath the sky As we go.

The reason why Mwai Kibaki will not be accorded a 21 gun salute is that at his death he, was not a sitting president as he had long retired.
Politics
3 weeks ago