• Pritty Vishy narrated some of the stories her mother told her about working in the Gulf country. 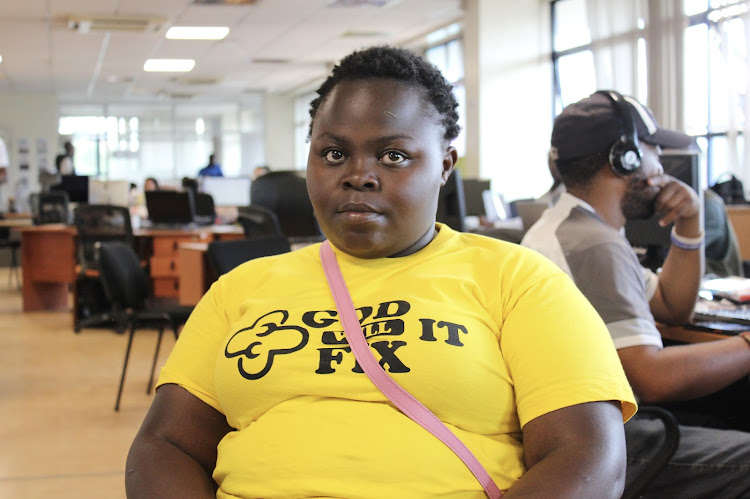 Tiktok star, Pritty Vishy, has opened up about her mother working as a domestic help in Saudi Arabia.

Speaking to Mpasho, Vishy narrated some of the stories her mother tells her about working in the Gulf country.

"She tells me working in Saudi Arabia is okay as long as you follow the rules and laws set out," Vishy said.

Kenyans have always complained about the unfair treatment they get from their employers, the agencies, and the legal system of the countries.

Many have come back in coffins, others with PTSD and trauma over the treatment they received while working in those countries.

Cases like the late Celina Kazungu, aged 22 who died under unclear circumstances in Saudi Arabia while working as a house help are told and retold in media outlets.

This has left the family in the Kaloneni area of Malindi, Kilifi County in agony.

Vishy said her mother is safe and doing well. Adding that there are specific rules that they have to adhere to.

"The first rule, don't beat the child of your boss, or call them names or shout at them, even if they make mistakes and annoy you.

Secondly, don't sleep with someone's husband, and finally, follow instructions as you are told."

She continued, "My mother has been there since 2019. I look forward to seeing her as she returns. My mum is very happy. "

Vishy said her mother is her biggest online fan and supporter. One time she wanted to quit vlogging due to incessant cyberbullying and trolls but her mother encouraged her to keep going.

"The time I wanted to quit vlogging, she told me, don't think of giving up, if you don't have content call me I will give you ideas."

She explained, "That was the time I did a video with her talking about something most Kenyans face in Gulf countries, dry spell."

Watch the entire interview below.

Pritty Vishy defends her figure, 'Flat tummy for who?'

I tried seriously dieting and nothing changed. - Pritty Vishy
Exclusives
1 month ago

I don't get why people were using that term on me - Pritty
Exclusives
1 month ago
WATCH: For the latest videos on entertainment stories