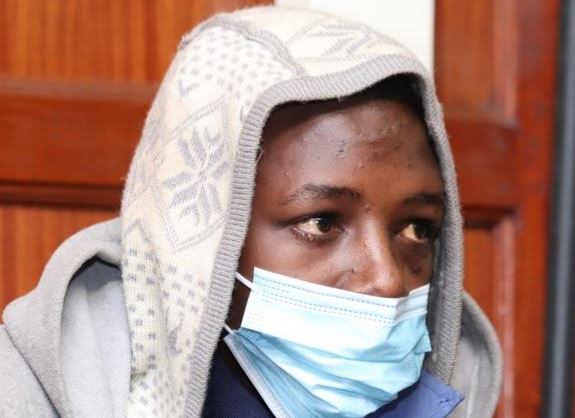 Alvin Linus Chivondo became a trending topic this past week after his infamous court case. The Kangemi-born Linus was sentenced to a one-year prison term or a Ksh 100,000 fine for stealing 3k worth of foodstuffs from a Naivas supermarket.

His case attracted a loud clamour with even Raila Odinga demanding his release. Ousted Nairobi Governor, Mike Sonko came to his rescue and even paid his fine while also offering a job at his Upper Hill offices.

Mungai Eve spoke to him this past weekend with Alvin opening up about his life. He said that both his parents were alive but that they had separated in 2003. He said that he had two siblings;  a first-born who had passed on and a sister who followed him.

"Yes, I have a 4-month-old baby and their mother. I have dated the mom from 2020. The reason I did it was that I didn't have a job at the time and my wife and child didn't have food."

"On both Thursday and Friday I didn't have any money for food. Even Saturday I didn't go back home as I was embarrassed. I was wondering where the money would come from? I tried speaking to people to help me in Town but none did. I only had Sh 30 and I used that money to buy the paper I wanted to use to carry the items I had taken from the supermarket."

"It was the first time. The people who caught me said that they had ever apprehended me before. In fact, they told me they would buy me Sh 300 worth of food. I ended up sleeping in the supermarket before I was woken up. That's when I saw the police. He was then taken to Central Police Station."

Alvin Chivondo thanks Kenyans who contributed to help him