• "The Bishop started accepting the true nature of my father when the girl he eloped with was his niece who had completed Form 4." - Grace 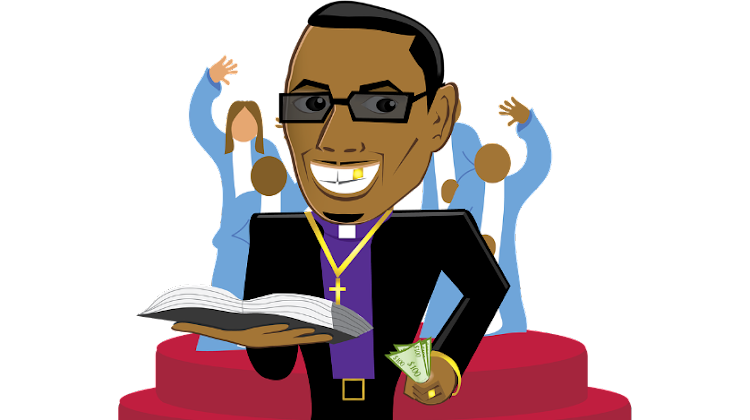 The death of Nigerian artist Osinachi Nwachukwu has sparked a lot of outrage.

This was after it emerged that she died as a result of domestic abuse at the hands of her husband who is allegedly born again.

A Nigerian man of God identified as Pastor Newman received a lot of criticism over a comment he made after the death of singer, Osinachi Nwachukwu.

The pastor claimed that singer Osinachi,

"Suffered and died in the lord."

According to the preacher, God had a purpose as to why the 'Ekwueme' singer didn't leave her abusive marriage and ended up dying as a result of it.

Kenyans have through social media (Bobo Diaries) shared horrible experiences at the hands of their parents who are parents.

"My father was a pastor in one of the biggest churches in Meru.  He would beat my mom and the next morning he is on the platform preaching to a whole congregation of people believing the man of God.

I have heard my mother being strangled because she gave birth to my small brother and my father never wanted him.

My mother sought help from the Bishop, and the Bishop would be told my mother is the problem. She was told, 'Marriage is kuvumilia.'"

She added that despite her dad doing all this the pastors and the church supported the bad behaviour.

"After my father decided to elope with a girl that was around 4 years older than I. My mother took him to the children's office and the Bishop accompanied him to nullify what my mother was saying. They succeeded and I watched us suffer.

The church helped my father to violate and abuse my mother over and over just because he used to be an elder, pastor, and a tither in that space.

The Bishop started accepting the true nature of my father when the girl he eloped with was his niece who had completed Form 4."

Pastor Ng'ang'a's wife said that after reading romantic messages and calls from women, she gave up and left the man of God.
Entertainment
1 month ago

In conclusion, Grace says her family ended up broken

"My mother exposed my father's behaviour by being chaotic in his business place. My father decided to elope.

The church watched us as the family disintegrated into pieces. They never listened to the cries of my mother. To them, she was just a stubborn woman."

*Rose says her family's case was almost similar with the dad being a womanizer who loved the company of young girls.

"Since last year (2021) we have been visiting a certain church in Zimmerman, Nairobi. It was well until my dad started silent battles with mom and after mediation from their pastor she managed to stay until she couldn't anymore.

So kumbe since November, my dad has been coming with a different girl to church, they sit on different seats in church.

Note; my dad has a matatu he uses to carry church members from our home area who attend the church. Hence we wouldn't know kama huyo msichana ni mshirika kama wengine."

"So this Sunday mom finds out and she wants to confront the bishop about it. He avoids my mom like a plague that day then she decided to talk to another minister in the church who confessed that all church ministers were aware that my dad had remarried. It was just us ( mom and siz) who didn't know the whole instance.

Honestly, we felt stupid. We silently found our way out of the church."

Did you grow up with toxic 'saved' parents? Share your experience.

You don't have to be choked, slammed to the wall or hit for it to be violence, the abuse can be verbal.
Entertainment
1 month ago
WATCH: For the latest videos on entertainment stories