• Caleb Otieno died in a tragic accident with only a tooth and ashes being left of his remains.
• Caleb Otieno's family has been offered Ksh 420k compensation from the steel company. 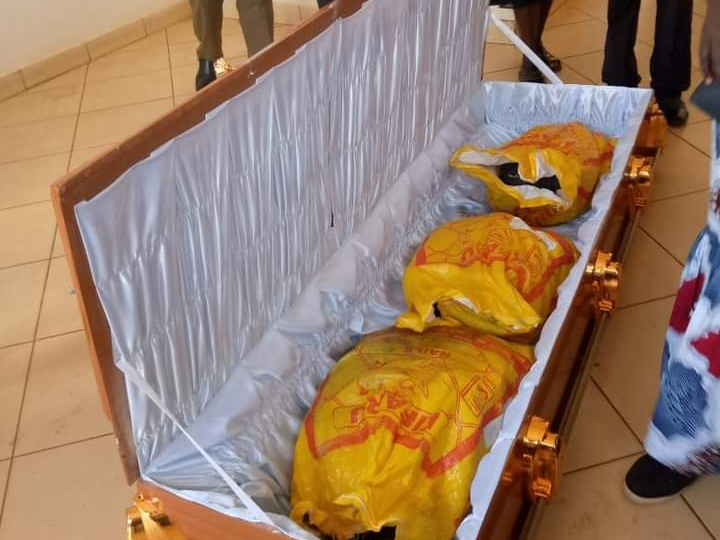 Caleb Otieno, the man who melted to ashes in a Thika steel plant, is been buried today with the casket of the deceased was revealed today.

The late Caleb's remains were interned in what looked like 3 cement bags that were then placed in the casket. Sadly, all that had been left of the late Caleb were his tooth, ashes, and steel. 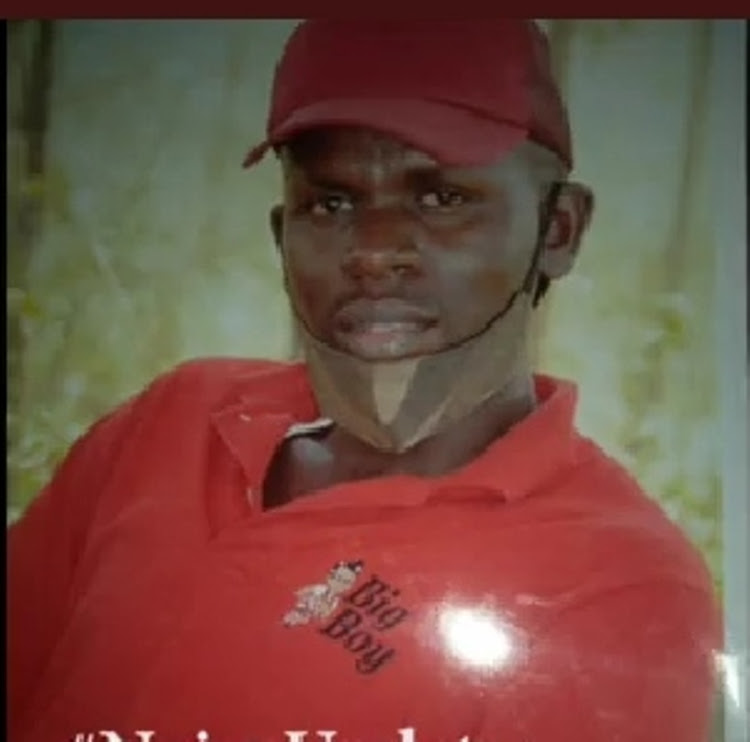 The late Caleb Otieno in a file photo
Image: The-Star

The 34 years old Caleb got dragged into a metal crushing rolling mill on March 25, crushing him to pieces before dropping his body to a fiery furnace below.

In other related news, the family of the late Caleb, will be given a monthly stipend of Sh7,000 for five years in compensation by the company.

This is a third of his net monthly salary of Sh21,000. He was employed on permanent terms and had worked for seven years. 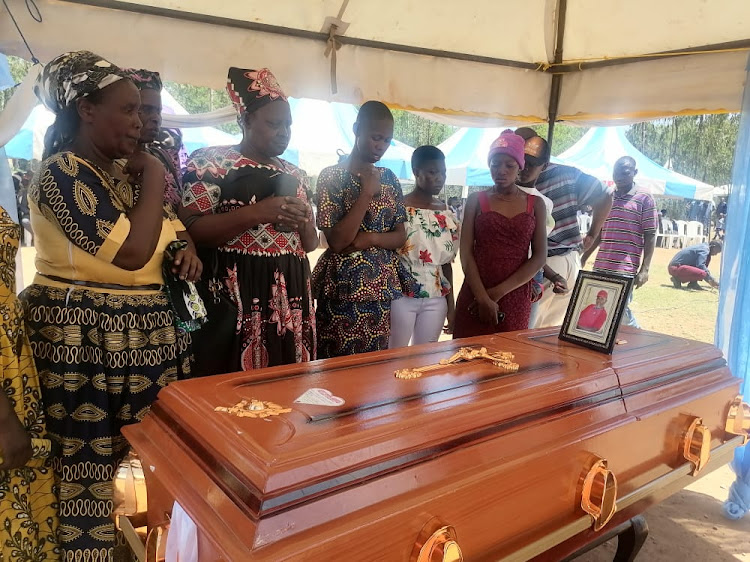 This translates to the lump sum figure of Sh420,000 that had been indicated by media reports.

The family told The-Star on Thursday that the owner of Blue Nile Rolling Mills told the family that this would be "the appropriate gesture of compensation."

Michael Orao, his cousin who has been speaking to the press on behalf of the family, told The-Star that the company gave Otieno’s father Sh100,000 on March 27 when the family visited the factory.

The money helped them in affording accommodation and travel expenses.

In fact, Orao said, while the parents were still in a deep shock, the boss said that from then, he would consider Otieno's father as one of his employees and he would receive the stipend like every other employee on the payroll.

Orao said the company directed the family to pursue “meaningful” compensation from the insurance company.

"It Muhindi owner of the company was the one suggesting the ideas and deciding alone without any other input. I think they saw how poor mzee was and decided to give the ridiculing amount," Orao said.

"They brought the motion of compensation when the family was still moved by the death. Our focus was just on the death but the chose to strike when it was still hot."

But legal pundits argue that the family should enlist a personal injury lawyer to negotiate for them against the company and insurance entities in pursuing compensation.

A tooth, ashes and steel - a mother's pain over death of son in steel factory

“We’ve seen the area where Caleb was working and it’s very risky with open holes into the boiler," his brother John Agwambo said.
Lifestyle
1 month ago

Ashes to ashes: Family to bury ashes of a man burned to death in steel factory

The ashes will be transported to Kogony, put in an adult-sized coffin and buried in the normal way according to Luo customs.
Lifestyle
1 month ago
WATCH: For the latest videos on entertainment stories