Some women may dribble, spray, gush or actually squirt with force.

• Kihara said that if you’ve ever had sex and found yourself in a big wet spot on the bed post-romp, it’s possible that you squirted without you or your partner realising it. 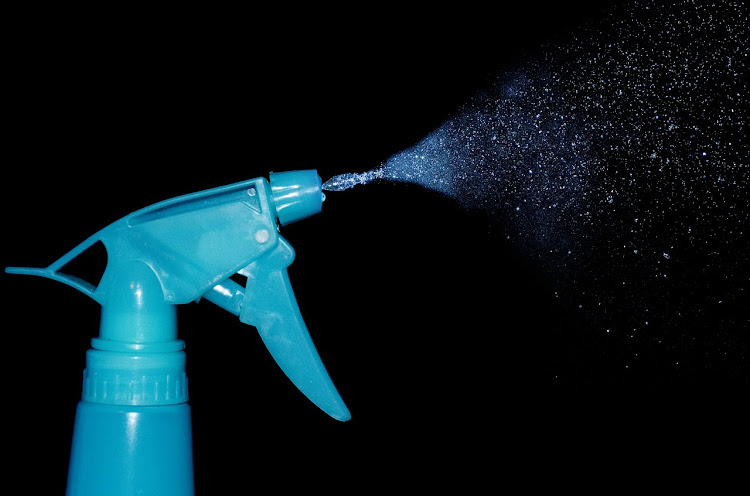 If women were given awards for how many times they have faked satisfaction, many would have their speeches ready within two seconds.

In fact, it is really concerning that some studies suggest 50 to 80 per cent of women fake orgasms at some point in their lives to make their “fragile” men feel like macho men.

Have you ever squirted? Why are you so dry? Am I doing it the right way? Another round? All this pressure to enjoy intercourse is one of the main reasons most ladies fake.

“I have heard that it is really possible to do it, but I have never experienced it. At some point, I thought my partner and I are not doing it the right way or perhaps I’m the problem,” Njeri said.

“But I later came to learn people experience pleasure differently. After a series of conversations with other women, it turned out I was the one overthinking. Nowadays we just go with the flow, and that has made our sex life pretty okay.”

We chatted to Obstetrics and Gynecologist Ann Kihara about everything from the unnecessary pressure women put themselves through when it comes to ejaculation.

“When people reference a female’s ability to expel fluids during sex, they often think of a hose-pipe release kind of splash. That is where they go wrong,” she told the Star.

Only an estimated 10 per cent of women can do it, according to recent studies.

Kihara said that if you’ve ever had sex and found yourself in a big wet spot on the bed post-romp, it’s possible that you squirted without you or your partner realising it.

Some studies have shown that it is possible that women may squirt without even knowing, this is after stimulation of different parts of the body, from the vagina, clitoris or other parts of the vulva or body.

“The women sensed that the fluid was expelled either from the vagina, from glands near the urethra or from the urethra/bladder. While some strongly felt a need to urinate prior to the expulsion of fluid,” the study states.

Is it normal not to squirt?

“As I said, our bodies are made differently, some women experience ejaculation while others may experience orgasm. For others it’s both,” Dr Kihara said.

She refers to ejaculation as a release of fluid that is often, but not always, accompanied by orgasm and orgasm is a wave of pleasure and release of sexual tension that may be portrayed differently in women.

“I tell my patients that sex is like a journey, enjoy the process and stop focusing much on the destination. Embrace your body’s reaction, if it happens that is great, and if it doesn’t, that is okay. Everybody is unique,” she said.

Whether with a partner or not, reaching the climax requires a team effort.

“When your body is aroused, your vagina and vulva swell as blood flows in the area. When the G-spot is stimulated continuously, there comes a ‘pee like’ feeling, by breathing and releasing your pelvic floor muscles, you actually exaggerate the feeling,” She said.

Many women, however, are advised to pee before intercourse in case it happens otherwise.

“Just remind yourself you're not about to pee and go with the flow.”

Dr Kihara said if it doesn’t happen, it is still okay, and if you find a hard time letting go, doing Kegel exercises can train your pelvic floor to release.

In a 2013 study, the average age of the participants who were first-time squirters was 25.5 years old, including one person who squirted for the first time at age 68! So, maybe your body just needs some time to work up to it.

“We were trying out a technique we had heard about and suddenly he said: ‘that was it’ and I was like ‘What do you mean?’ I hadn’t even noticed anything happening, and it wasn’t even that pleasurable, it only got wet. I was like, what’s the purpose of this? and I realized that for this type of orgasm, I need to experience it more times in order to build up a sensitivity towards it,” said a respondent aged 53.

Is it really pee or not

However, there are small glands, located near the opening of a woman’s urethra that seem to be the source of the ejaculate, Dr Kihara explains.

Although these used to be called“Skene’s glands, she says their placement and function have led most researchers to refer to them simply as the female prostate.

“The fact that pee and the female ejaculate come from the urethra does not mean it is pee. Though some urine may be released into the ejaculate, the fluid may contain small traces of urine, ” the experts said.

Female ejaculate lubricates the urethral opening just like 'pre-cum' (the pre-ejaculate in men).

“A lot of work needs to be done to unlearn negative ideas about sex. It takes more than lying on your back. It takes gathering information, trying things out and having some uncomfortable conversations with your partners and, most importantly, with yourself,” Kihara said.

“Unlearning silences and shame about sex are difficult, but the journey is very much worth the destination when you arrive.”