Hunt is on for Nigerians who can change into cats

• Questioning the existence of supernatural powers is considered taboo in much of Nigerian society. 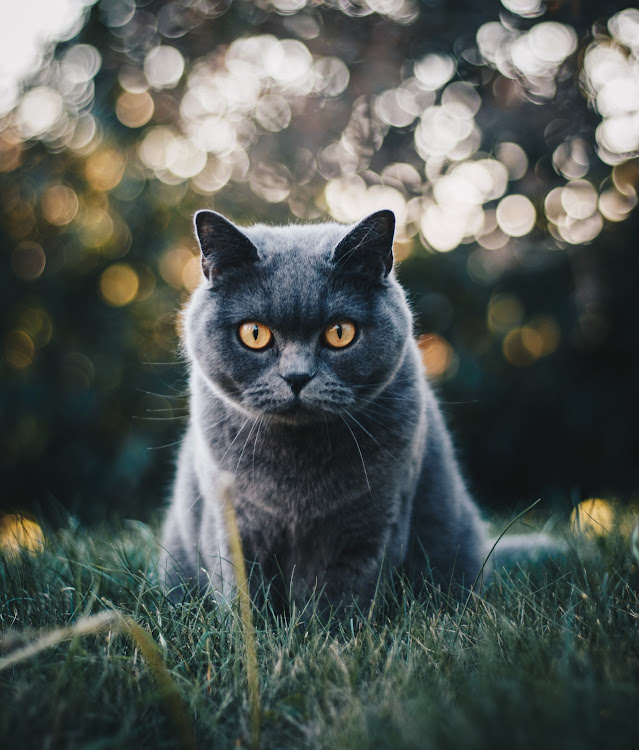 Armed with a sharp knife, a megaphone and dressed all in black, Gbenga Adewoyin could have passed for a medieval witch hunter, a herbal salesman or an urban preacher as he walked around a market in the south-western Nigerian city of Ibadan.

Warning: This article contains details that might be offensive to some readers

Those curious enough to get close in the Gbagi market quickly dispersed when they heard his message. "Anyone that can provide any evidence for the existence of the supernatural, be it juju or voodoo magic, will be offered 2.5m naira ($6,000, £4,650)," he announced repeatedly in Yoruba and English.

The 24-year-old atheist has recently emerged as a rebel publicly contesting the powers of the supernatural in this deeply religious country.

Belief in African traditional religions and its juju components are widespread in Nigeria, with many combining them with either Christianity or Islam, according to a 2010 report by the Pew Research Centre.

Many Nigerians believe that magic charms can allow humans to morph into cats, protect bare skins from sharp blades and make money appear in a clay pot.

These beliefs are not just held by the uneducated, they exist even at the highest level of Nigeria's academia.

Dr Olaleye Kayode, a senior lecturer in African Indigenous Religions at the University of Ibadan, told the BBC that money-making juju rituals - where human body parts mixed with charms makes money spew out of a pot - really work.

The naira notes that supposedly appear "are gotten by spirits from existing banks", he told the BBC.

Jude Akanbi, a lecturer at the Crowther Graduate Theological Seminary in Abẹ́òkúta, is also unequivocal about juju.

"This ability to be able to transform yourself to [a] cat, to disappear and reappear, these things are possible within the dynamics of traditional African religion.

"Although [it] sounds illogical, like old wives' tales, however from what we have seen and heard, these things are possible," he said.

Such beliefs, especially that human body parts and charms can produce money from a clay pot, have led to a recent wave of gruesome murders in the country, with single women often the victims.

"I feel horrible to see young people engage in these ritual killings.

"If money ritual worked, we would have seen a massive inflation in the economy for the decades that we have believed in it," Mr Adewoyin told the BBC.

He was in Ibadan, Oyo state, on the second of three planned in-country tours offering 2.5m naira, crowd-funded via Twitter, to anyone that can publicly demonstrate these juju powers.

"The knife is for anyone that claims their juju makes them blade-proof," he said.

Questioning the existence of supernatural powers is considered taboo in much of Nigerian society.

To be openly expressing such thoughts, as Mr Adewoyin was doing in a market, was risky. He could just as easily be arrested for blasphemy or lynched by an angry mob.

"Of course juju works, he doesn't know what he is saying," said one trader who lingered with a scowl on his face.

In his pocket was a black amulet, a small leather pouch containing supposedly magic charms, that he said was for protection. However, he was not interested in publicly demonstrating its powers, not even for $6,000.

Belief in magic often coexists with Christianity and Islam. Clerics from both monotheistic religions often refer to aspects of traditional African religions as evil - something real, but which can be defeated by prayer and their own higher powers.

Many pastors have become rich and famous on claims of having supernatural powers that can overcome juju and evil curses, something which many imams also practise.

However, no-one has taken up Mr Adewoyin's challenge at two of the venues in Ogun and Ibadan and he is not holding his breath for his next stop in Anambra state in the south-east.

While he has been dismissed by some as an attention seeker, no-one can hide from the grisly images of the bodies found recently with missing limbs and empty eye sockets in a resurgence of the sinister money-making juju rituals.

This killing of humans to use their body parts for magic purposes gripped Nigeria in the mid-90s and led to riots in the eastern city of Owerri after the kidnap and murder of an 11-year-old boy in 1996.

Now, with social media, hardly a day passes without reports of a missing person and pictures of mutilated corpses linked to juju.

There was widespread outrage last month after three men allegedly killed a 17-year-old girl in Ogun state to use her body parts in a ritual they believed would make them rich. They confessed to the killing after they were arrested by the police and have been charged in court.

The clay pot and red cloths they were caught with could have passed for a scene in a movie from Nollywood, Nigeria's film industry famous for depicting manifestations of juju, but this was real.

And they were young men - the oldest was 21, sparking the Twitter hashtag #At21, where users described what they were doing at that stage in life and bemoaning what they saw as societal pressures on young people to get rich quick.

The outrage over the girl's death made federal lawmakers debate juju in parliament and consider the "declaration of a state of emergency on ritual killings in the country", with its depiction in Nollywood movies mentioned as a factor.

Nigeria's Information Minister Lai Mohammed has also chipped in, blaming Nigerian movies and social media for the spate of killings.

He wants the films censor board to engage film makers "on the need to eschew money ritual content in their movies".

But film makers are not having it - they feel he has unduly picked on Nollywood in what is a national crisis.

"The minister misfired, he cannot breach our fundamental rights to create," actor and producer Kanayo O Kanayo told the BBC.

He said the minister was neglecting what has become a societal issue and the inability of families, traditional and religious leaders, and politicians to ensure the moral upbringing of young people.

While the debate rages about who is to blame for the killings, a much broader conversation is to be had about Nigeria's educational system that fails to persuade people that juju and the supernatural are not real, says Mr Adewoyin.

He is hoping that his rebellious tour can expose those he calls tricksters, claiming the supernatural powers of juju, and help put an end to the spate of ritual killings.

"For a reasonable human being to believe that a human with all his biological components can turn to yam or banana is illogical, and worrisome," he said.